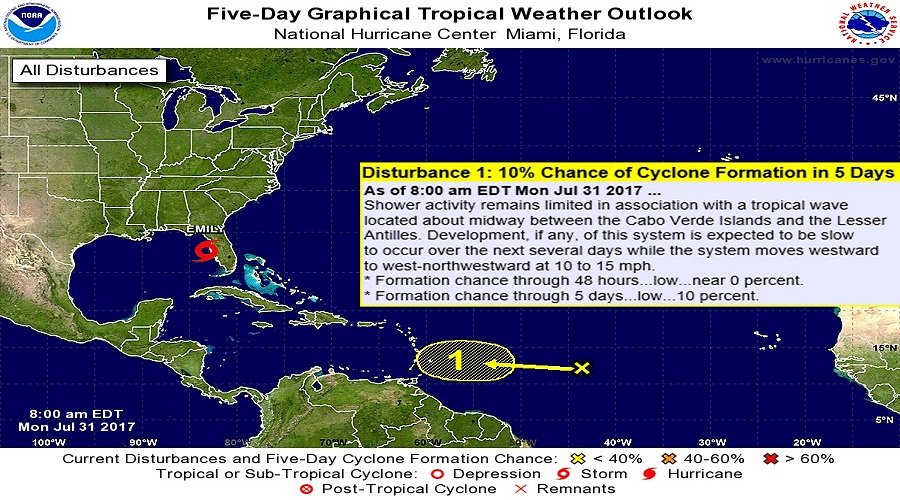 There are two tropical waves under watch…

A tropical wave located several hundred miles west-southwest of the Cabo Verde Islands continues to produce a large area of cloudiness and disorganized shower activity.  Some slow development of this broad disturbance is possible and it is moving W to WNW at 15mph

Two: A well-defined, non-tropical low pressure system has developed over the northeastern Gulf of Mexico about 100 miles south-southwest of Apalachicola, Florida.  The system moves inland over the central Florida peninsula on Tuesday, and into the western Atlantic by Wednesday.  Locally heavy rainfall across portions of central and northeastern Florida is expected during the next couple of days.