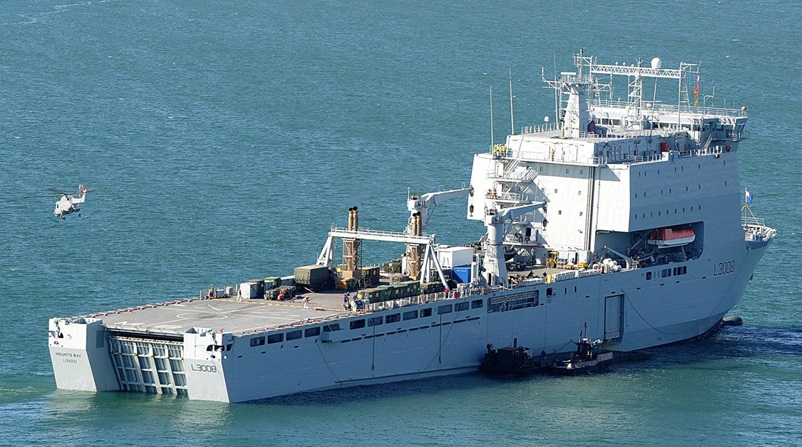 Grand Turk, TCI July 18, 2017 — The visit of the Royal Navy ship, RFA Mounts Bay, which was scheduled to dock in TCI yesterday, has been postponed indefinitely.

A press release from the Governor’s office said the ship’s delay  was due to unforseen circumstances. A new date for the ship’s arrival has not yet been announced.

The ship was deployed to assist the United Kingdom’s Caribbean overseas territories during the 2017 hurricane season. The crew along with a Humanitarian Assistance and Disaster Relief team have already visited the Cayman Islands and Jamaica. The Disaster Management and Emergency Services, Emergency Medical Services and Public Works Department and the TCI Royal Police Force will all be working in partnership with the crew to assess hurricane preparedness and post-hurricane relief.