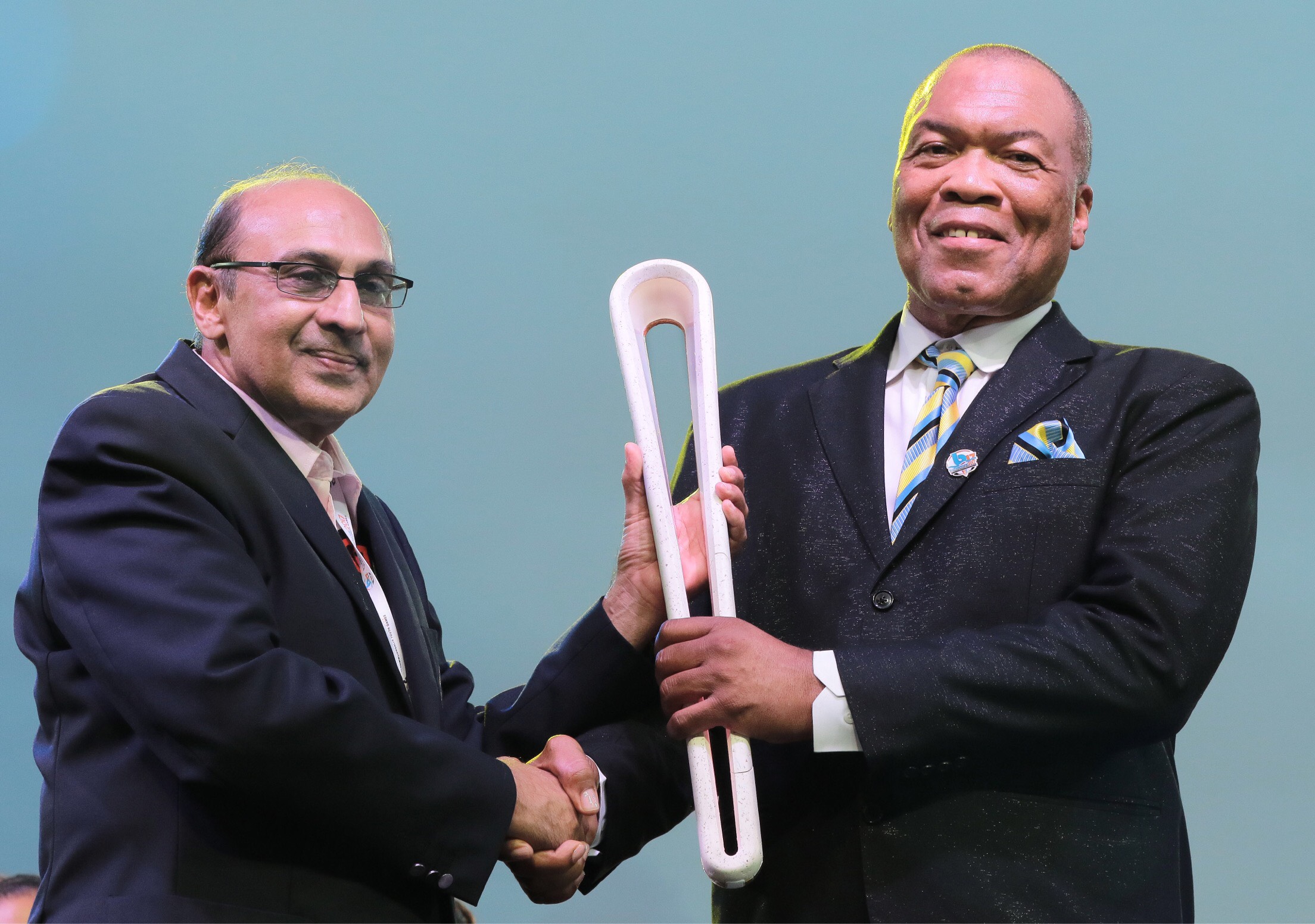 Nassau, Bahamas July 20, 2017 — The Queen’s Baton has arrived at the Commonwealth Youth Games when presented at the opening ceremony on Tuesday in an important leg of its global trek.

The Baton began its relay in March making its way through 18 countries in Africa and the Americas thus far. The baton will continue to travel until the Gold Coast Games in Australia in April 2018. Commonwealth Youth Games Organizing Committee Chairman Wellington Miller collected the Baton on this leg.