Turks and Caicos, July 10th 2017: Premier Sharlene Cartwright Robinson is assuring Salt Cay residents that government is working on a solution following the closure of its runway last week. The situation is said to have arisen following the Civil Aviation Authority’s failure to renew its certificate “due to long term safety concerns relating to the condition of the runway surface and associated areas.” 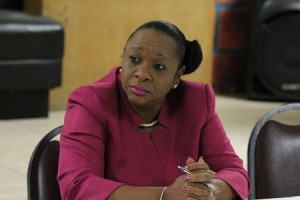 The Premier in a statement says the situation has only served to strengthen Government’s resolve to carry out the urgent works and says efforts are being made already to transport the much needed materials into Salt Cay for this project. Premier Cartwright Robinson says within a week’s time a meeting will be held and the public will be updated to the progress on the project.

Over the weekend, the Premier is said to have met with CEOs of both the Airports Authority and Civil Aviation Authority, and was informed on the safety concerns due to the dilapidated runway and the expired Certificate issued by the regulator, which the Civil Aviation Authority says could not be renewed in the absence of efforts to mitigate the risks brought on. Since then she says efforts are underway to address the Regulator’s concern as a matter of urgency.