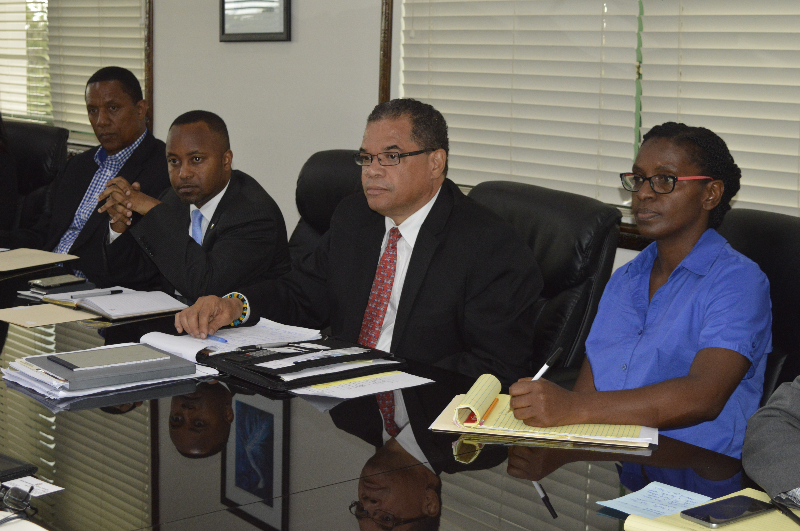 Freeport, Bahamas, July 10th 2017: Ahead of government’s plans to roll out small businesses and employment opportunities in Grand Bahama, Labour Minister Dion Foulkes took the opportunity to meet with Labour Unions and businesses. The visit is part of the mandate coming directly from Prime Minister Hubert Minnis, who has called on all members of cabinet to have a direct role in impacting and effecting the revitalization of job opportunities in Grand Bahama following Hurricane Matthew’s devastation last year.

Expressing optimism on the possibility of new employment in Grand Bahama, the minister says so far meetings with the business community have been very positive as “they too are very excited about the future of Grand Bahama. He notes government has been in discussions in terms of new businesses, he says he is not at liberty to announce, as Minister Kwasi Thompson and the Deputy Prime Minister Peter Turnquest will update the press on those developments.

Meanwhile,the Minister took the opportunity to announce that at Bahama Rock, there are about 90 employees, and the company has recently added nine increasing their workforce by 10 per cent.