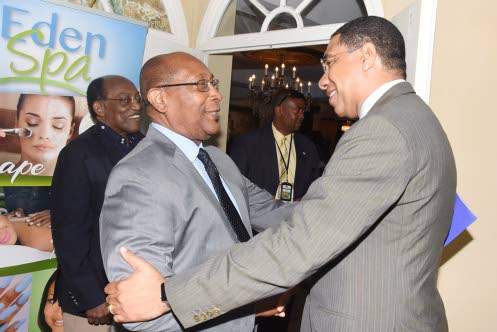 Dr Lowe, described the development as historic, pointing to it being the first time according to his knowledge anyone from a developing country like Jamaica has been able to achieve this feat of starting from the isolation of a bioactive molecule and working it up to provide a new drug from scratch.

The FDA designation could see the drug, which has the trade name Cresorol, being placed on the market within three years, with estimated annual minimum sales of more than US$250 million in the US market alone. Globally, the figure is expected to multiply significantly.

Lowe who operates a company called Flavocure Biotech, is known globally for using the properties of Jamaican plants, particularly ball moss and cannabis, in his cancer research, was notified of the approval late last month.

Dr Lowe, while outlining his vision and mission for scientific research in Jamaica, made an appeal for local funding which, he said, was critical to Jamaica reaping the full benefits of scientific work done here using indigenous plants.

Pointing out that Jamaica has 52 per cent of the globally recognised medicinal plants, Dr Lowe and Professor Morrison lamented the fact that the island has not benefited from vinblastine and vincristine — the two drugs processed from Periwinkle which are now used to treat childhood leukaemia.

Prime Minister Andrew Holness, who gave the keynote address, commended Dr Lowe and his team for their remarkable achievement, describing it as the epitome  of innovation, that comes from hard work and tenacity, necessary to improving Jamaica’s growth projection, that can also assist in stimulating economic growth.