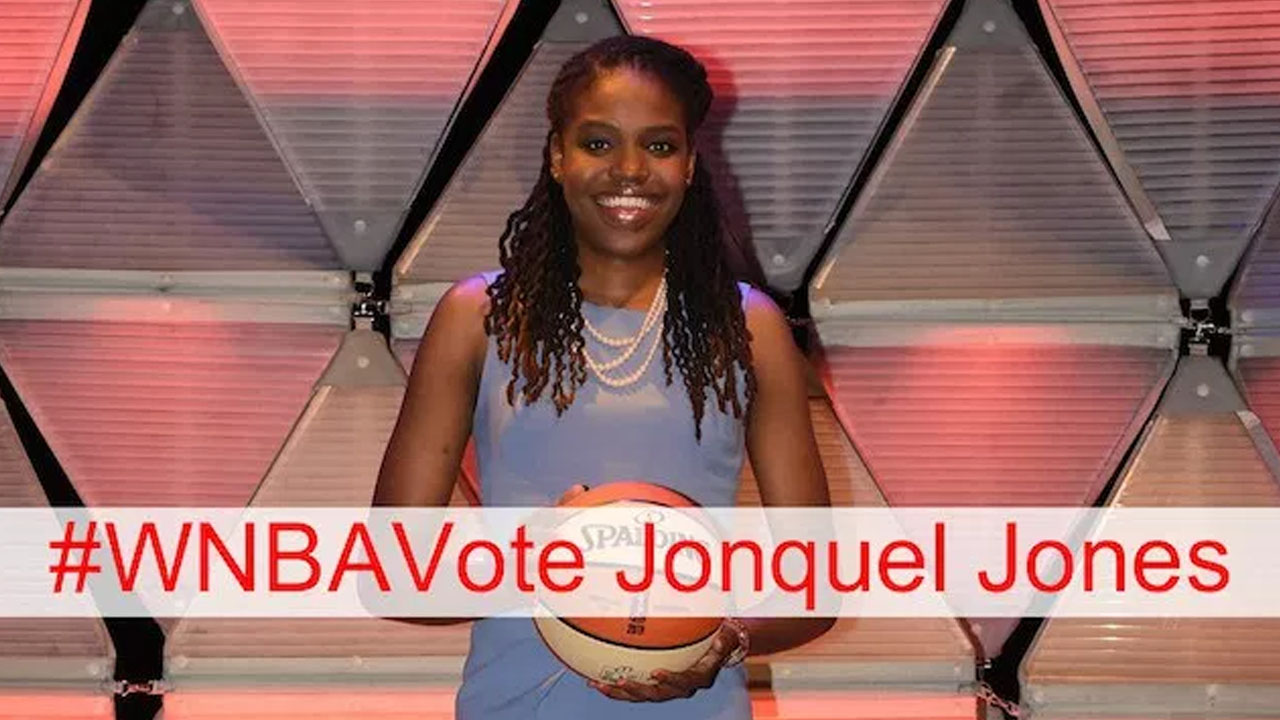 Freeport, Grand Bahama – July 17, 2017 – Our votes worked and this past weekend, Grand Bahama’s Jonquel Jones was not only named as an All Star Games player in the WNBA but she was named a starter for the East.

At an impressive, 6ft 6 inches, the Connecticut Sun forward continues to break ground as a Bahamian in the WNBA.

Sports writers love our Jonquel and so do fans as the campaign of voting for Jones to make it to her dream All Star Games was hailed as brilliant.

Twenty three year old Jonquel is averaging 15.9 points and nearly 12 rebounds per game, but is also credited with causing the vote for who makes the All Stars to double.

The WNBA All Star Games are this Saturday.