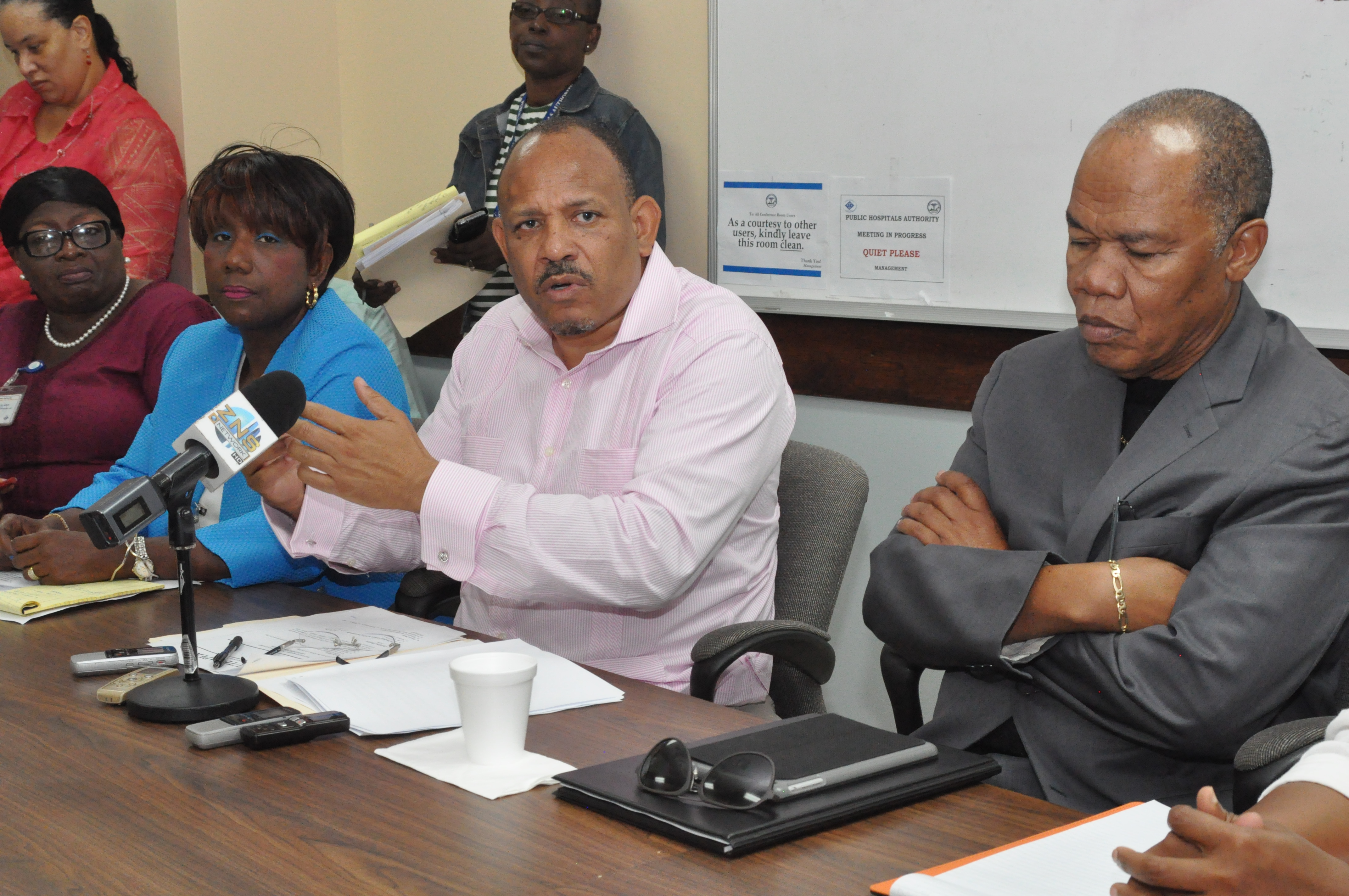 Bahamas, July 24, 2017 – Grand Bahama – Cleanup at the Rand Memorial Hospital is underway since the kitchen fire and evacuation on Friday, July 21. And 20 of the 48 patients evacuated to Christ the King, have been returned, said Minister of Health, Dr. the Hon. Duane Sands, during a press briefing on Sunday afternoon, July 23, 2017.

Minister Sands praised Acting Hospital Administrator, Mrs. Sandra Mortimer-Russell, along with the Executive Management Committee and staff of the Rand Memorial Hospital for “stepping up to the plate on Friday past, thereby averting what could have been a far more serious event. I do not say that to minimize the incident, but to highlight the fact that I am indeed proud and grateful for a job well done.”

The fire reportedly started at 2:30 p.m. on Friday in the kitchen of the Rand Memorial Hospital. Staff and patients were evacuated and taken to the Foster B. Pestaina Centre of Christ the King Anglican Church, and the more critical patients taken to the Sunrise Medical Centre.

“We can now confirm the initial report that most of the damage was limited to the kitchen area. Other areas impacted by smoke include: Medical, Surgical, Obstetric and Pediatric Wards, Cafeteria and the Intensive Care Unit (ICU). Clean up of those areas will be completed today. Plans are now at an advanced stage to restore the kitchen so as to meet the onsite dietary needs of our patients and staff. In the interim, discussions are underway to determine the comparative cost of outsourcing the services of the kitchen given that a new state of the art kitchen and cafeteria is under construction.”

Reporting on the other 28 patients evacuated to Christ the King on Friday, Minister Sands said they have been discharged by their attending physicians and the usual follow up by the community nursing teams will take place.

As of 8:00 a.m. on Sunday, eight patients were still at Sunrise Medical Centre and are being cared for by the staff of the Rand’s medical, nursing and support teams. The two acutely ill patients scheduled to be transported to Nassau on Friday, were done so that evening at 7:00 p.m.

No patients were injured during the fire or evacuation exercise; however, three staff members were treated for smoke inhalation. Two were treated and immediately released, while one was admitted to Sunrise Medical Centre. He has been since released and scheduled to return to work today.

“My Ministry and indeed the Public Hospitals Authority remain grateful to the organizations that partnered with us to accommodate our clients. It was a wonderful reminder of what we can do together.”

The Minister ended the press briefing with good news. The patient, who had been evacuated while in labor on Friday, gave birth to a healthy baby boy at Sunrise Medical Centre.