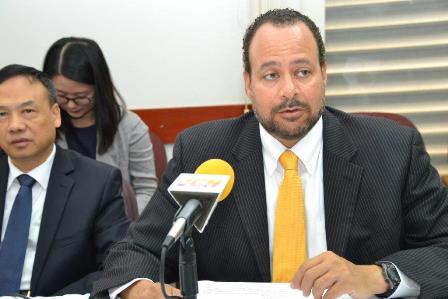 Today, Smith was charged with one count of bribery, one count of attempted extortion and 13 counts of extortion; all of it allegedly happened as he was chairing the Public Hospitals Authority. 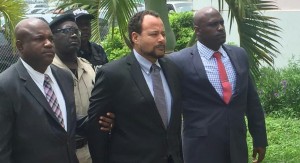 One strong allegation of evidence against Frank Smith is that he was extorting a $5,000 per month payment from Barbara Hanna, allegedly for getting her a contract with the Hospitals Authority.  The payments were between April 2016 to April 2017.  The bribery charge is also related to that contract.

Frank Smith, as expected, entered a not guilty plea but was denied bail by Chief Magistrate Joyann Ferguson-Pratt but appealed at the Supreme Court.  Smith made a successful bail application; bail was set at $50k.

Accompanied by his family and even more PLP supporters in court today, including former PLP Chairman, Raynard Rigby, Frank Smith is due to reappear in court on August 18.