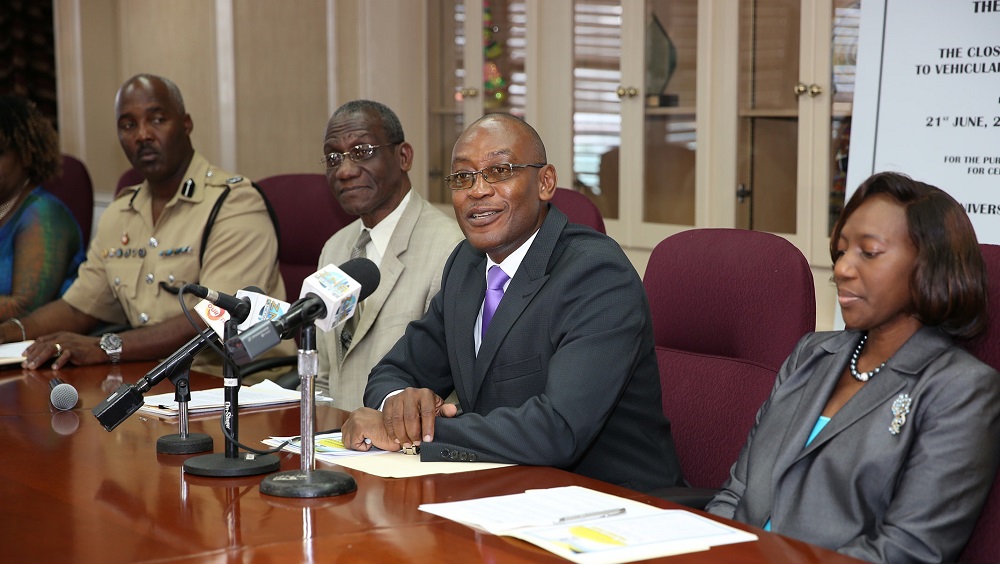 Bahamas, June 28, 2017 – Nassau – The 44th Bahamas Independence Celebrations will have all the ingredients of the annual national birthday bash – pomp and circumstance, music, dance, singing, storytelling — lively ‘Bahamiana,’ and proud waving of the aquamarine, black and gold Bahamian Flag.

At a press conference, June 23, at the Cabinet Office, Churchill Building, Chairman of the 44th Anniversary Bahamas Independence Celebrations planning committee, the Hon. Mark Humes, MP, announced that the festivities give cause to celebrate “our one-ness,” as the theme for this year reflects: “Toward the Rising Sun, One God, One People, One Bahamas.”

To launch the official week of activities, men and women of our national security forces in a combined musical band will perform the popular Beat Retreat in Rawson and Parliament Squares on Sunday afternoon, July 2 at 5:30 p.m.

National Pride Day will take place in Rawson and Parliament Squares on Friday, July 7.   Beginning at 10:00 a.m. there will be Flag Raising and ceremony with address by the Governor General, performances by children’s groups including the National Youth Orchestra and the National Children’s Choir, marching bands, all-Bahamian music, fun and lots of food — all day — to provide lots of entertainment.

On Sunday, July 9, beginning at 8:00 p.m., the 44th Grand Anniversary Celebrations begin at Clifford Park.  The Independence Celebrations will feature an Ecumenical Service conducted by the Bahamas Christian Council.  As is customary, there will also be a Cultural Show, driven by artistic team of Ronald Simms (producer of bands, cultural show, march past), Fred Ferguson (musical director), Erin Knowles (cultural show director) and Patrice Francis (writer of the cultural show).

The centerpiece cultural production will be a unique unfolding of steps to Bahamian Independence through the eyes of a grandmother speaking to her grandchild – starting from ‘way back’ and bringing it to present day. The storytelling will feature top performers in the country, who will narrate the perspective from different islands of the archipelago.

The cultural show will be different this time – not a variety show, but a story being told.

At 1:00 a.m. on Monday, July 10, the annual “People’s Love and Unity Rush” takes over Bay Street in an explosion of Junkanoo.  Organizers will, just prior, give a nod, first, to honour several persons for their Junkanoo contributions in special ceremonies; and then there will be the excited rush to main street in the Flag Colours.

Other activities surrounding the official week include: a Culturama Liturgical Dance Parade & Concert at the Western Esplanade on the afternoon of Monday, July 10, when typically 1,500 young people participate and perform.  It is a family event featuring Gospel singing, liturgical and folklore dance.

The National Children’s Choir performs at the Dundas Centre for the Performing Arts on July 3 at 7:00 p.m.; Bahamas Press Club holds an Art Exhibition at the Central Bank of The Bahamas, July 6-28; and other special events include the Junkanoo Summer Festival on Saturdays in July; and Commonwealth Youth Games at the National Sporting Complex July 18-23.

Independence Celebrations take place throughout the Islands of The Bahamas and at Bahamian Embassies in different countries.