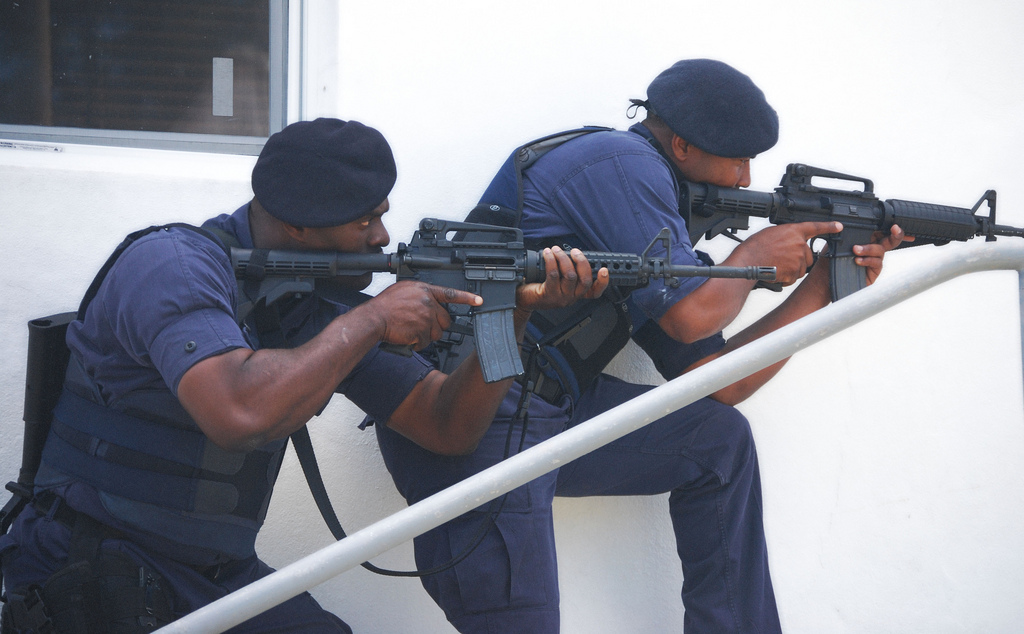 Bahamas, Abaco, June 5th 2017: Police are appealing to the public to share information on any illegal or suspicious activities in their communities. The appeal comes after three males were arrested in two separate incidents in Abaco on Saturday for the possession of illegal firearms and ammunition.

The first incident occurred around two o’clock, Saturday morning when officers discovered a man in possession of a 9mm pistol with two rounds of 9mm ammunition, while at a business establishment on Don McKay Boulevard. The man was subsequently taken into police custody.

The second incident also happened along Don McKay Boulevard, after officers stopped a white truck and recovered a .40 pistol with eight .40 rounds of ammunition. The incident resulted in the arrest of two males in the area.
All suspects are expected to be arraigned before the Magistrate Court early this week.

Police are urging the public to come forward with any information, no matter how small or insignificant “the tip” may seem. In its weekly crime prevention tip, the police service advises if you see or suspect a crime is being committed; pay particular attention to the features of the offenders or any vehicles involved. The Police are advising the public that they to can contact the police anonymously at 919 or crime stoppers at 328-tips 8477, in New Providence or 1-242-300-8476 in the Family Islands.