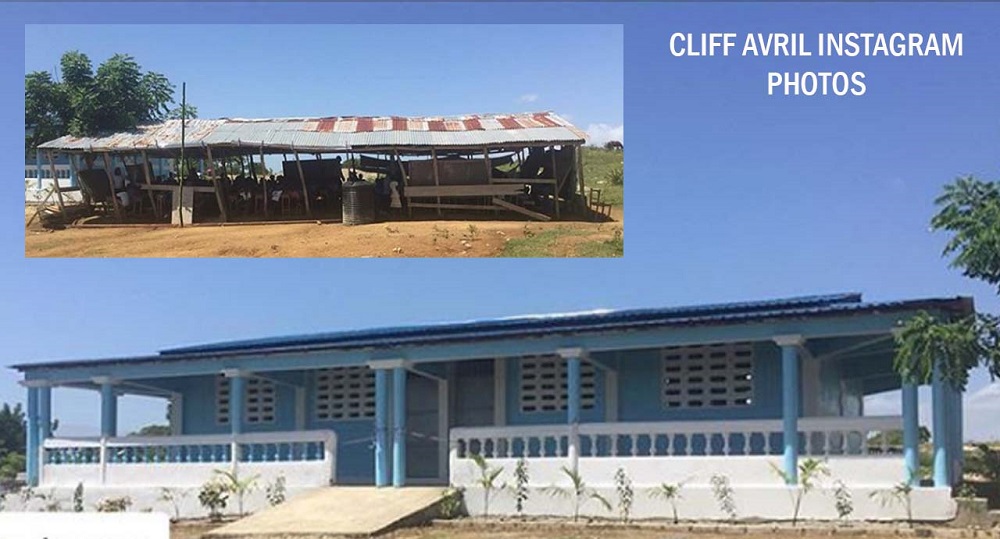 Haiti, June 21, 2017 –  Haitian descent NFL defensive end, Cliff Avril said that for every sack he made during the season, he would build a house in Haiti.  Avril completed 11.5 sacks.   Not only did the Seattle Seahawk fulfill his promise, but he went further and constructed two new buildings for a school and provided a way for an orphanage to get clean water.

Twelve homes were built by Avril, whose parents left Haiti in the 1980s for life in the US.  The family naturally is still strongly tied to home and following the destruction caused by Hurricane Matthew last October, Avril made the pledge and in a special report on ESPN the story is told.

Avril in an online media report said, the new houses are right next to the old ones where there was not even cement floors, so when it rained, the family was literally walking, living, sleeping on wet and muddy floors.

The new buildings at the school gave the children eight new classrooms.