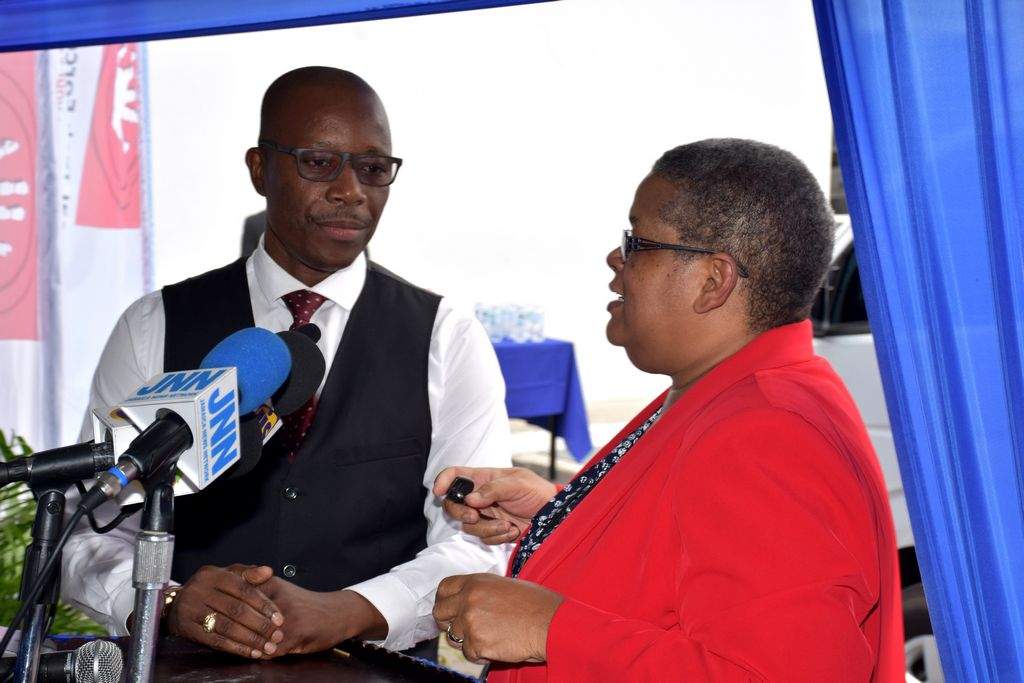 Jamaica, June 8, 2017 – Kingston – Jamaica’s Permanent Secretary in the Ministry of Justice, Carol Palmer, has hailed the dedicated work of members of the Jamaica Constabulary Force (JCF), in tackling human trafficking in Jamaica.
Mrs. Palmer, who is also Chair of the National Task Force Against Trafficking in Persons (NATFATIP), said members of the JCF Anti-Trafficking in Persons Unit have displayed a willingness to go above and beyond “in service to our fellow men”, as the country tackles the heinous crime.
“I applaud their work. I am so taken with the level of devotion that they display all the time,” she said.
Mrs. Palmer was addressing a ceremony to hand over a bus to the Unit at the Ministry’s offices at 61 Constant Spring Road in St. Andrew on June 1. Donation of the 16-seater Toyota bus, valued at approximately $6 million, is intended to aid the Unit in transporting victims of trafficking to shelters.
She noted that the Task Force is, in the meantime, working to set up an additional shelter for victims.
“I am very happy to make this contribution to the Anti-TIP Unit, but so sad that it has come to this, that persons enslave each other for their own gain,” Mrs. Palmer said.
The NATFATIP Chair, meanwhile, noted that Cabinet has given approval for a Bill to amend the Trafficking in Persons (Prevention, Suppression and Punishment) Act, to have a judge alone try human-trafficking offences.
The 2016 Global Slavery Index estimated that in 2015, some 5,800 persons were trafficked in Jamaica.