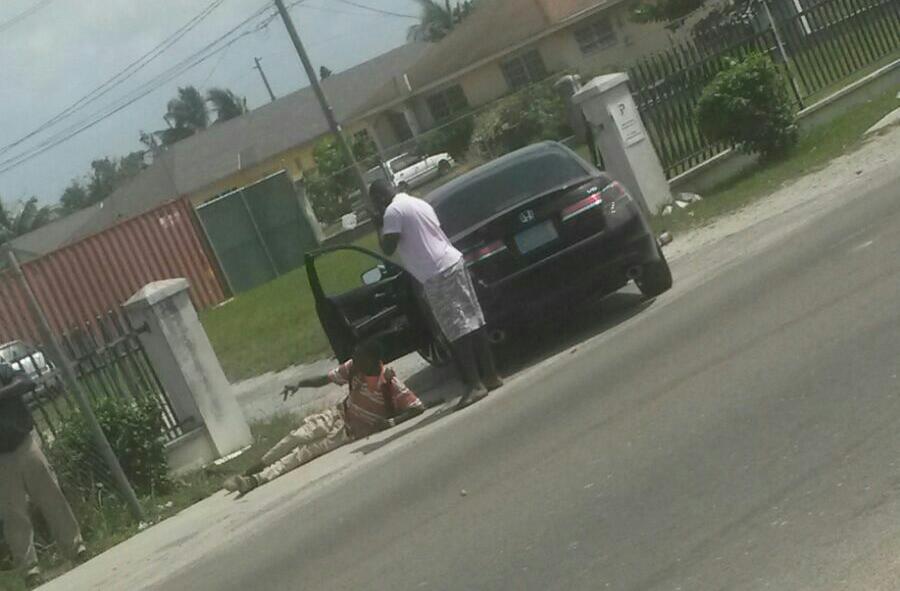 Police are investigating the circumstance surrounding a stabbing incident that has left a male in hospital nursing stab wounds and a suspect detained after being shot on Wednesday.

According to reports shortly before 11:00 AM, two males attacked a male on a public service bus on Carmichael Road and stabbed him. A concerned citizen who witnessed the incident intervened and shot one of the suspects with his license shotgun. The victim and suspect were transported to hospital where they are detained in stable condition. The other suspect is being sort after by police. 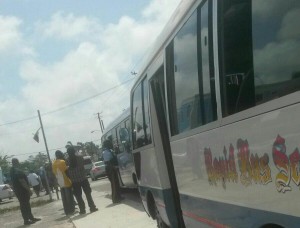