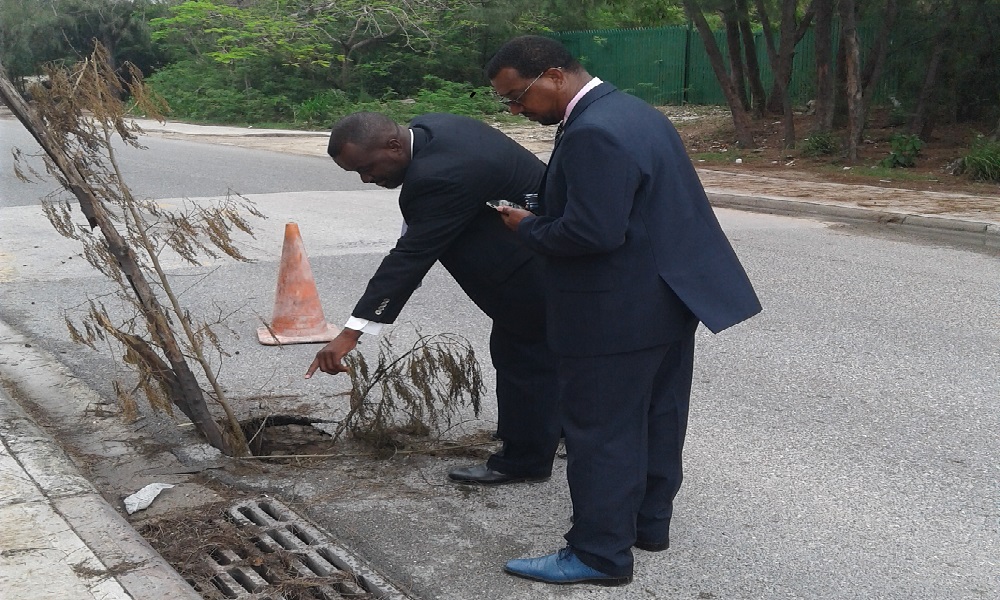 Turks and Caicos, May 19th 2017 – Providenciales – A large sinkhole located outside the Ianthe Pratt Primary School in The Bight is now posing a major threat to motorists and about 500 children who attend the school.

According to Crossing Guard, W.C Stubbs otherwise known as “Mr. Joe”, the hazardous structure is estimated to be 10-15 feet deep and spreads west toward Pentecostal Road, and across the street under the walkway.

Mr. Joe informed Magnetic Media that the Minister had been made aware of the situation and promised to have someone check it out. However, this is a matter of urgency, since he worries, “any big vehicle at any moment could drop in the hole or a small car, front wheel down, and from there another car could run into you.”

In addition to this, he is also urging all motorists, including tourists, to be extra vigilant and slow down when driving in the school zone, pleading, “when you see the children crossing please slow down.”

Mr. Joe also stressed on observations that motorists do not use their indicators. He said, “indicators in this country are costing lives, it’s costing most accidents.” By not lawfully using indicators or speeding, motorists are increasingly putting the nation’s kids in danger.