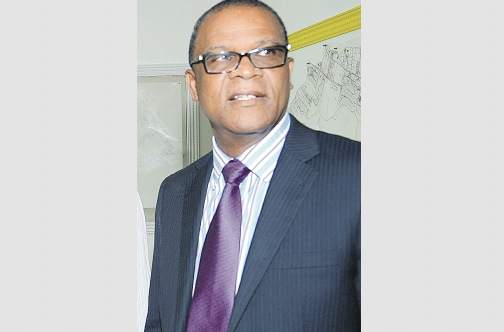 Turks and Caicos, May 29th 2017 – Providenciales – On National Heroes Day, the day that he actually, officially established into law, the now leader of the Opposition PNP, Washington Misick opted to deliver a string of distasteful and rude remarks in his address to remember the country’s only National Hero, Rt Excellent JAGS McCartney.

Misick obviously wanted everyone to know that JAGS was no ‘saint’; that is what his speech specifically said and in it he called the late JAGS a womanizer and a man with his own share of domestic issues.

The inappropriate remarks came during the Opposition’s allotted time to honour the late first Chief Minister and hearing the unnecessary characterizations were his widow and children, grand children and other relatives who were in attendance, not to mention dignitaries, government heads including the Governor and yes, school children who gathered at the National Memorial Park for the annual commemoration.

The moment which was on display to the world via the world wide web, was in stark contrast to what JAGS fought for: Turks and Caicos unity, no matter what.

While those were not the only words in the PNP speech, they were outstanding and marred what would have been an otherwise decent commentary on what the former Chief Minister, Washington Misick, remembered of his political predecessor JAGS.

Misick did not give the speech himself.  The shocking thoughts put onto paper were presented at the ceremony on his behalf by George Lightbourne, former Cabinet Minister and current Member for Grand Turk North who arrived late at the service and left immediately after the remarks.

Not only did Washington Misick disrespect Mrs McCartney, for the first time no member of the Opposition was there to lay a wreath; acting Prison Superintendent laid it as George Lightbourne left after he spoke.

Lightbourne was the only Progressive National Party parliamentarian at the service; it is at least the second year that the PNP was largely a no show at the national service.