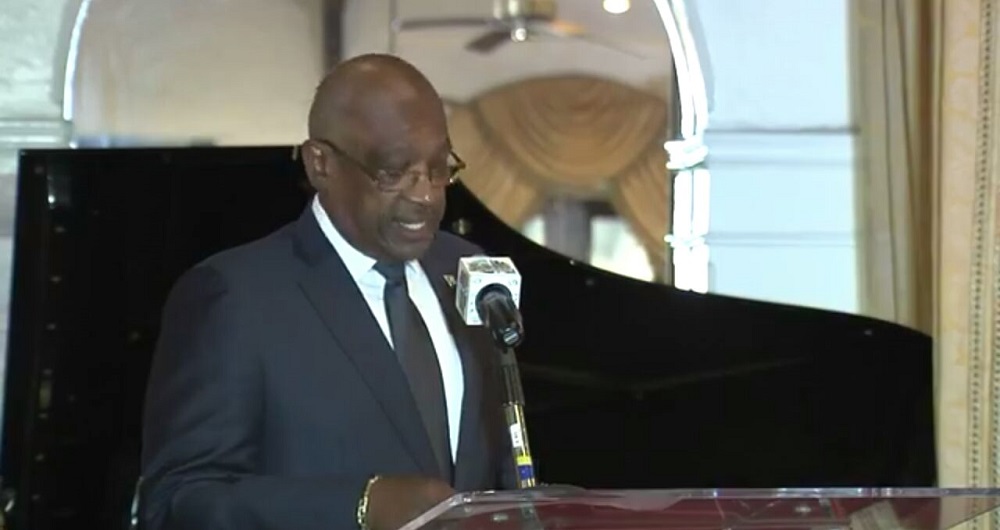 Bahamas, May 12, 2017 – Nassau – The Prime Minister of The Bahamas is now Dr. Hubert A Minnis and it has been that way officially since 7pm yesterday when the country’s leader was officially sworn into office before a capacity audience at Government House.  With all eyes on him, the oath of office recited, the documents signed and a succinct speech the pledge for immediate work, transparency and accountability by his new administration was made.

The Free National Movement on Wednesday resoundingly won governance of the country and many of the elected officials we spoke to last night, were careful not to boast or gloat, from Jeffrey Lloyd in South Beach to Donald Saunders in Tall Pines to Michael Pintard in Marco City to Deputy Prime Minister, Peter Turnquest in East Grand Bahama there was an appreciation that Bahamians felt abused by their government as the men put it and that the voters have given an unflinching mandate to the new FNM Administration to serve and serve well.

Among the dignitaries at the swearing in was of course, the Governor General Dame Marguerite Pindling, former Prime Minister Hubert Ingraham and former Ministers and Senators including Hon CA Smith, Hon David Thompson and Desmond Edwards. Even investors were there including Sarkis Izmirilian, the ousted builder of Baha Mar.