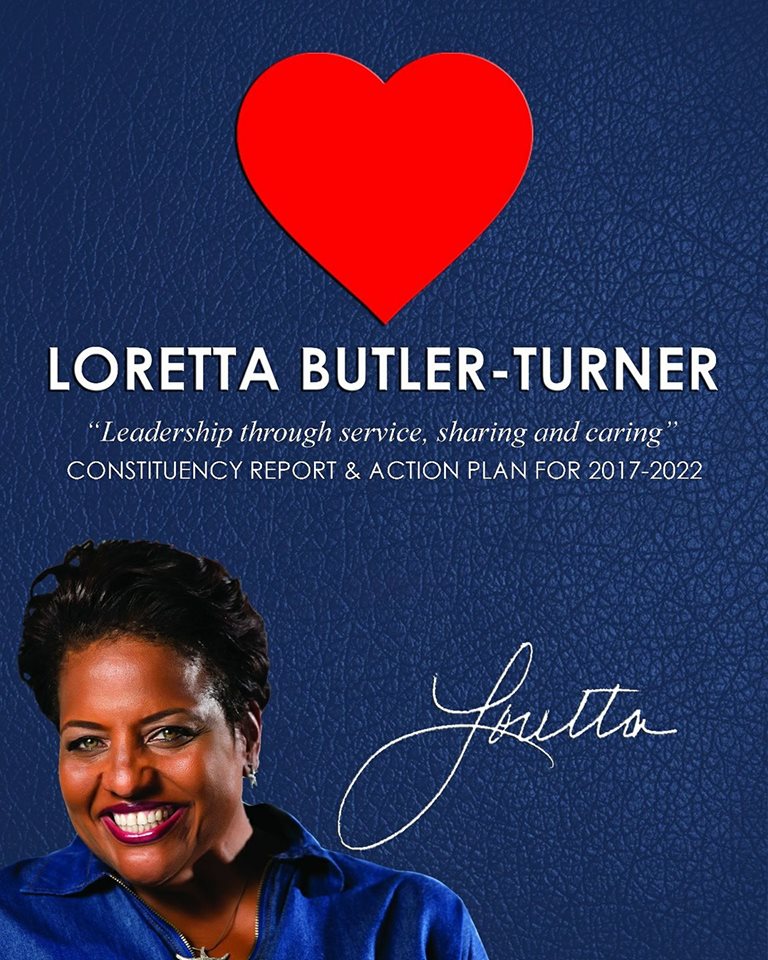 Bahamas, May 17th 2017 – Nassau – A week after her disappointing defeat in this year’s general election, former FNM leader and Long Island MP Loretta Butler-Turner has broken her silence and admitted that she will be exiting frontline politics. After being involved in Bahamian politics for 15 years, Butler-Turner said, “Since I was not re-elected, I think that at the time I’m going back to being a private citizen.”

Butler is the first female to have been appointed as an opposition leader in the Bahamas. However, after she lost her leadership bid in the FNM to now Prime Minister Dr. Hubert Minnis then lost her nomination as the FNM candidate in the constituency of Long Island to Adrian Gibson, Butler-Turner ran as an independent candidate for Long Island. However, among the three contenders, Butler-Turner received the lowest number of votes in the election. Butler received 183 votes, PLP candidate Glendon Rolle received 494 votes but in the end it was Adrian Gibson who won with 831 votes.

As a result, Butler believes the time has come for her to leave the political arena. Though she says she has no regrets. In fact, Butler-Tuner stated, “I know the truth and I hope that in the fullness of time the Bahamians would come to know the full truth.” Adding that she has no dislike for anyone. But she does believe that women have a different way of dealing with politics and her wish for the country is that, “the female population is used to their fullest potential.”

Contrary to this, yesterday newly elected Prime Minister Minnis named only one female and 18 males as members of his cabinet.