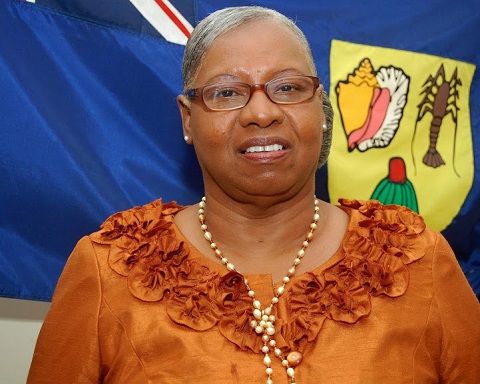 Turks and Caicos, May 6, 2017 – South Caicos – Ruth Blackman, the MP for South Caicos is asserting the misuse of the TCIG Press Office as abuse of the government medium by the PDM Government. Blackman says that the current administration is using the office for political means, which should not be the case.

“The current PDM Government appears to still be locked in campaign mode and are not fully coming to grips with the responsibility of governance. Overnight the Government has squandered the integrity of the TCIG Press Office by using it as a medium to distribute it political opinion (reference is made to the use of TCIG Press Office to release Premier Robinson and Minister Higgs response to the Integrity Commission’s investigation of Higgs for breach of the Ministerial Code of Conduct).

The principles of good governance demands that the public is allowed to receive factual information through this medium and TCIG Press Office should never be indulged in the work of political persuasion.

The PNP government was often criticized by onlookers for keeping the TCIG Press releases purely factual, we stood on the principle that the public should be provided with the facts and from these facts draw their own opinions.

It is clear that the PDM is using the TCI Press Office to form a political smokescreen and we hereby call on the Governor’s office to have the politically laced releases retracted. Moreover we request that the Foreign and Commonwealth Office provide support via the Governor’s Office to ensure that the integrity of the TCIG Press Office is protected and preserved for the growth and development of the TCI.”, she stated.