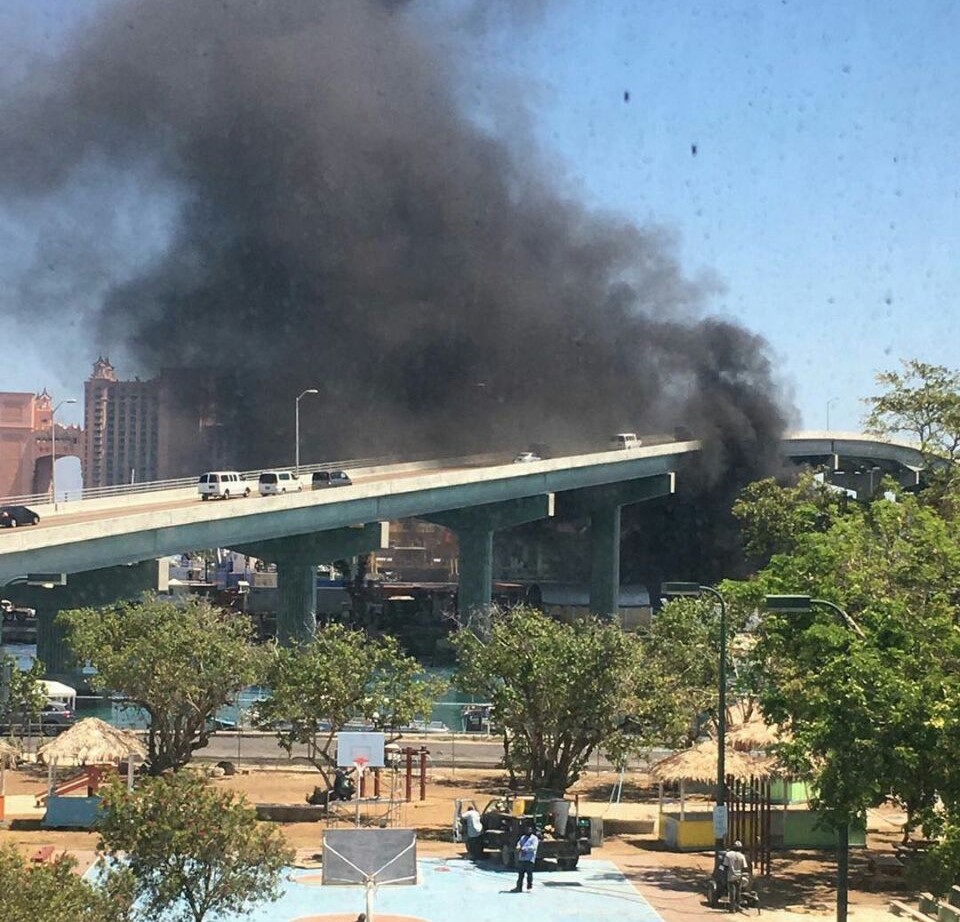 Bahamas, May 10, 2017 – Nassau – A container is reported to be on fire on this morning at Potter’s Cay Dock, sending plumes of black smoke up and over the Paradise Island Bridge in Nassau.

Assistant Police Commissioner Walter Evans confirmed that a team of firefighters was on the scene. Reports are also that a Cat Island Air fuel truck collided with another, beneath the bridge on Potter’s Cay dock.

A man identified as Neil Armstrong was transported to Doctors Hospital, after suffering 80% degree burns on the scene of the fire.  reports are that he was transferring 2000 gallon of fuels by using a fuel transfer pump to transfer fuel from one truck the other for Cat Island Air. 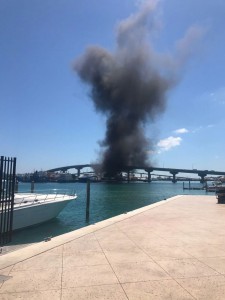 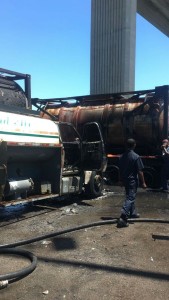 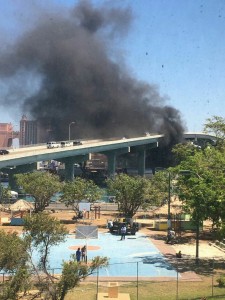