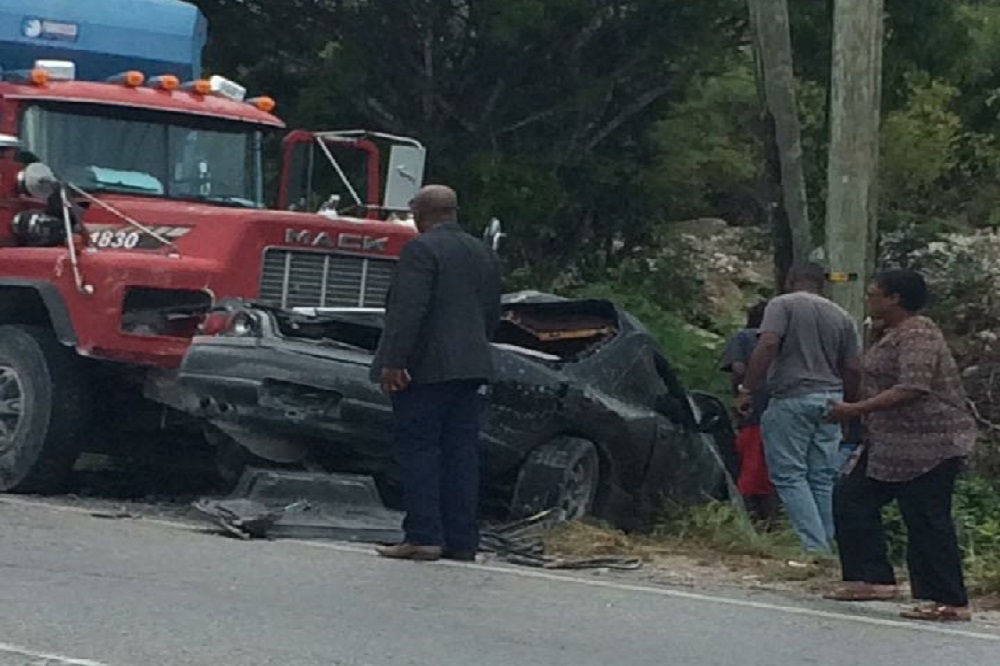 Turks and Caicos, April 19, 2017 – Providenciales – At least one person died in a traffic collision today when a car slammed into the rear of a parked truck on South Dock road.   Images of the mangled vehicle are gut wrenching and Magnetic Media is informed and it is widely being talked about on social media that one person died. 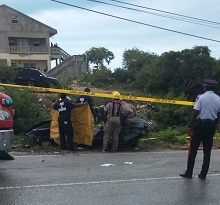 Fire crews are seen in bystanders’ videos extricating the passenger from the car with the ‘jaws of life’ after the driver was rushed to the Cheshire Hall Medical Center.   The pair reportedly had just left the Chalk Sound police station in a rage, angry as they reported a break in.

Popular jerk chicken grill cook at the former Club Sodax on Leeward Highway is identified as the father of the younger passenger.   It is said that passenger is a high schooler.   It is unconfirmed.
Police have not issued a statement as yet.  The driver is also said to be in ‘pretty bad shape’ and ‘fighting for his life’.