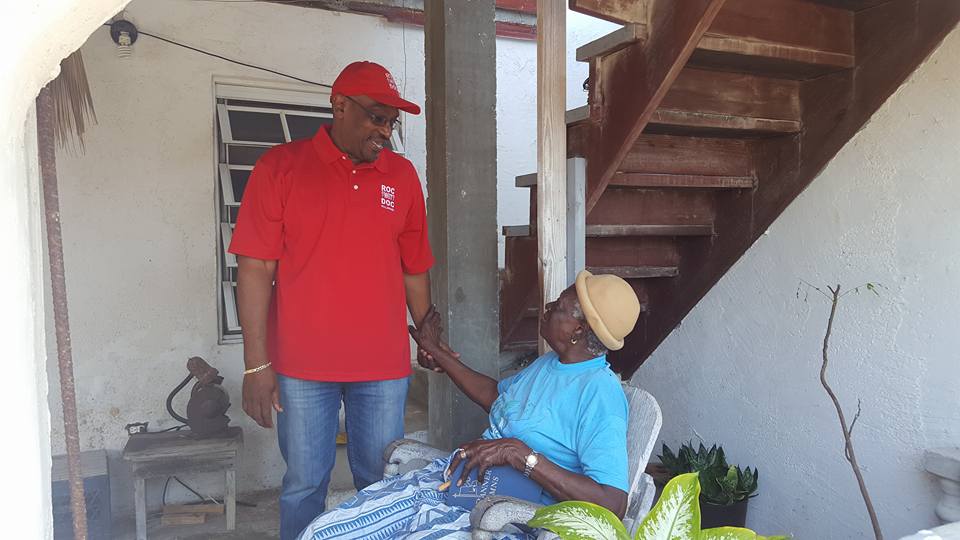 Bahamas, April 25, 2017 – Rum Cay – FNM Leader Dr.Hubert Minnis is promising Rum Cay residents a new docking facility, if successful in May 10th polls. The partyleader visited the island on Tuesday morning to meet with residents and hear their concerns as part of the FNM’s campaign.

In greeting the residents, the FNM leader outlined three areas of priority for the island including improving its water facility, with access to potable water for all, transport and a new docking facility. He described the existing port facility as inhumane and gave his commitment to provide a better boating facility. Minnis also vowed to improve their transportation services through added air carriers and regular flights in and out the island, as he says Rum Cay held potential for economic growth, only if their modes of transport were improved.

The leader added that his party was the one of change, as it had several young persons contesting seats on the FNM ticket. Minnis is said to be stopping off at all the islands, with Crooked Island next on the list. 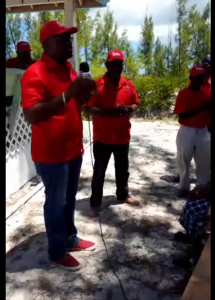