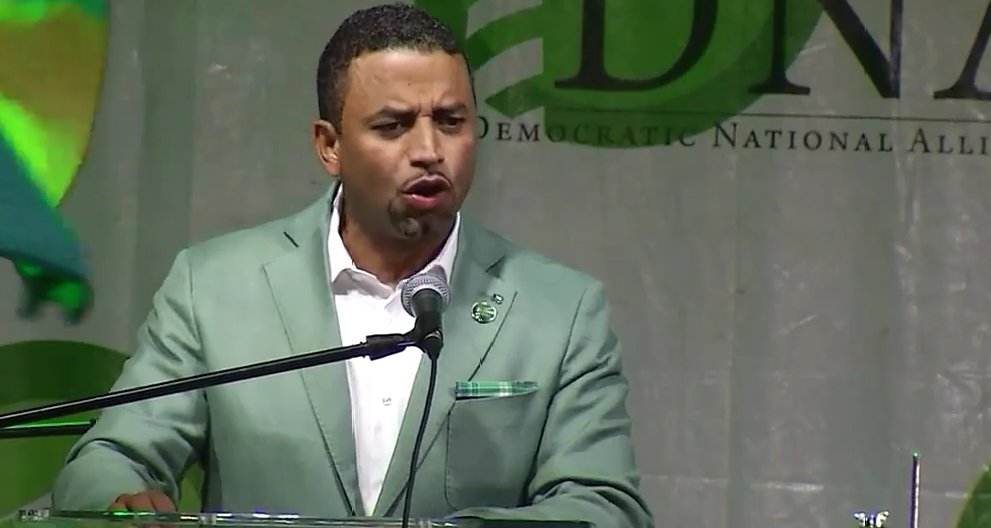 Bahamas, April 25, 2017 – Nassau – “Fool me once, Shame on You! Fool me twice shame on me, But when the FNM and the PLP have fooled you three and four times, what do you call that?” That’s the question posed by DNA Leader, Branville McCartney as he took the stage just a few minutes before 11 o’clock on Friday night.

Speaking to the ‘Go Green Crew’ in Windsor Park, the DNA Leader made it a point to express to the voting public the power they held in their hands to make an “impact on the next generation, leaving behind a Bahamas worthy of inheritance”.  He called on the people to “Act on the 10th of May, for a better life”, the slogan the party turned into its signature hash tag this election season, by rejecting the FNM and the PLP, with a vote for the Democratic National Alliance.

However, special appeal was made to the youths of the country by McCartney “to have faith”, as they will determine the future of the Bahamas. In identifying with the youths of the Bahamas, the DNA Leader says their role was equally important as they ‘understood what was needed to move forward, and not continue what has always been done”.

In closing, the head of the Green party called on the viewing public watching via coverage broadcast on television and the internet, to join the party in making history by returning ownership to the Bahamian people and to stop being second class citizens in their own homeland.