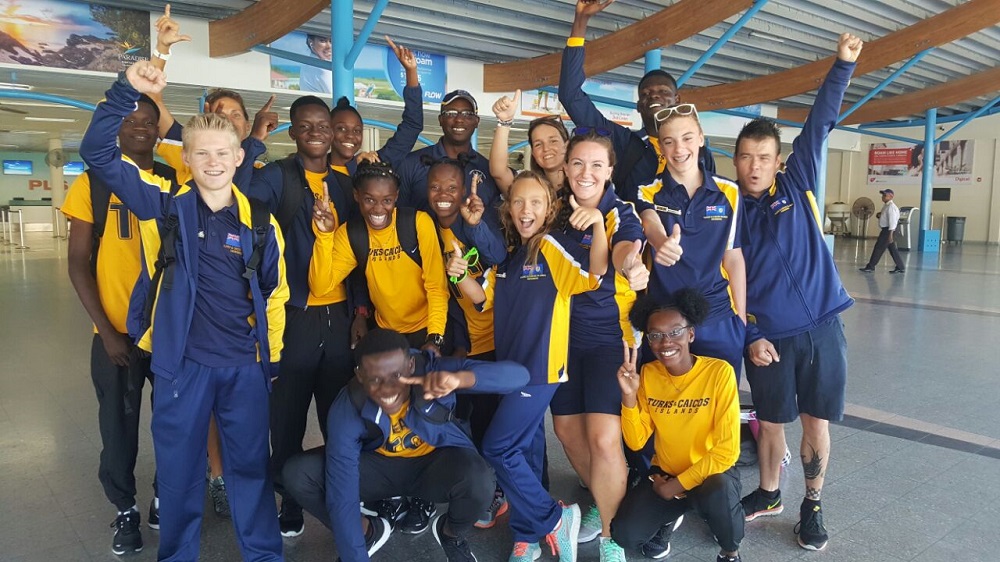 Turks and Caicos, April 14, 2017 – Providenciales – Both Carifta Teams are off to their respective games now… we caught up with TeamTCIs swim and athletics athletes who will spend the Easter Holiday either competing on the track in Curacao or in the pool in The Bahamas.

Six will swim, and while winning medals would be a great plus, coach Jen Martel says this go round the growing team is going after experience and personal best times.   “We want to be competitive with the other swimmers, even if we’re not in the top three yet, and with swimming we’re really big on competing against themselves and learning to build a team.  With doing these small goals we’ve got six swimmers this year which is the most ever, we’re hoping next year have a few more, and next year maybe do relays which we haven’t been able to do for swimming yet.  So, building it from here and then a few years down the road, hopefully bringing home some hardware.”

The group left late yesterday due to an air traffic controllers’ strike in Nassau, Bahamas but are there now.  The athletics team arrived safely last night in Curacao, we spoke to coach Ali Smith at the airport who told us the events to watch.  “You’re going to see most of our athletes throughout 100, 200, 400, 800 and 1500 meters.”

The Carifta Games for track and field are carried on Flow, which is the exclusive broadcast partner.