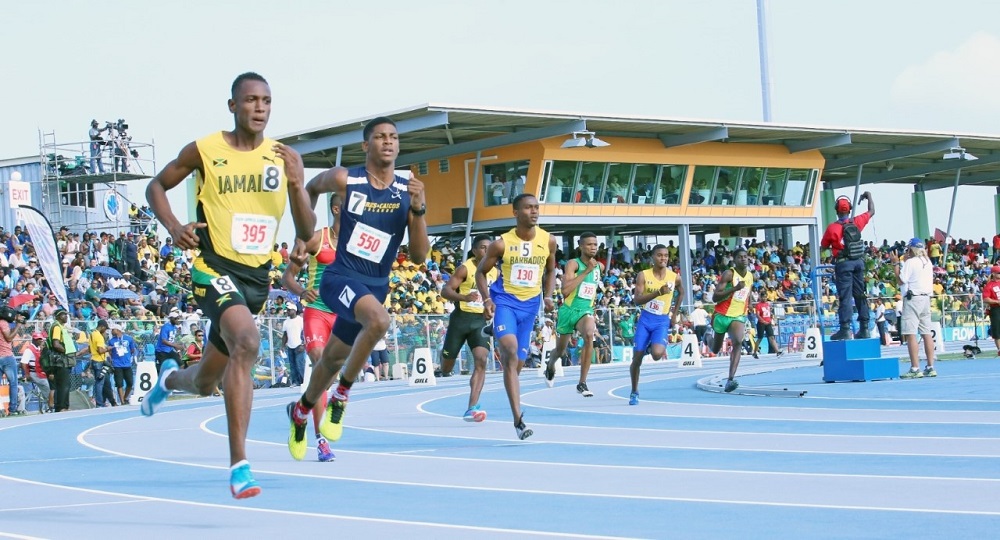 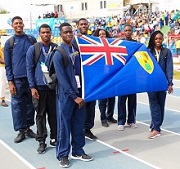 Turks and Caicos, April 20, 2017 – Providenciales – This past Easter weekend, the team of eighteen (18) strong athletes from the Turks and Caicos Islands left an unforgettable mark at the Ergilio Haton Stadion (Curacao National Stadium) participating in the 2017 FLOW Carifta Games.

This is the second year of Flow’s three year partnership with NACAC, and the 2017 FLOW Carifta Games were available to customers in more than twenty countries on the Flow Sports Premier channel, as a free preview this weekend.

The games were also made available to customers via the Flow Sports App and www.flowsports.co for FLOW customers to watch the games at home and on-the-go.  “We were more than happy to be able to be the first to introduce a partnership with one of the region’s largest sporting bodies for the region’s most anticipated
sporting event and to showcase it to our customers in a way that it has never been done before in the Turks and Caicos Islands on Flow Sports,” shared FLOW Country Manager, Delleriece Hall.

On day one of the competition, Saturday, April 15th, Team Turks and Caicos captured its first medal in the U18 Boys 400m sprint event.   The Jamaica College sophomore, Colby Jennings, made history being the first to medal in the 400m event for the TCI with a time of 48.26s. 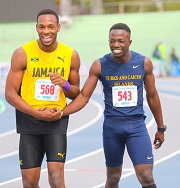 At the end of day one we saw Jamaica College athlete, Wilkenson Fenelon, topping the leader boards after his first four (4) events in the Octathlon.   On Day 2, Sunday, April 16th, Fenelon, continued to perform exceptionally well maintaining his position in the top percentile of athlete’s participating. With the finish line in sight, Fenelon pushed his hardest and came up short by one point for the gold, capturing the silver medal for Team TCI in the Boys Octathlon Open.

“I would just like to say, thank the Lord for the strength and courage to go out there and represent my country. I am very happy with the support I got from friends and family at home. It helped a lot. Thank you. God bless you all,” shared Fenelon.

We would also like to make special mention of Ken Reyes who qualified for the finals in the Boys U20 800m; Sanadia Forbes, who surpassed her one month old national record in the U20 Girls High Jump with a height of 1.65m, and Latrell Saunders, who for his first time at the games placed sixth with a final height of 1.90m in the U18 Boys High Jump event.

On the final day of the competition, Day 3, Monday, April 16th, history was made again. Turks and Caicos saw its first medal in the U20 4x100M Girls Relay, and on top of that, these girls became the first females to win a medal at the 2017 Flow Carifta Games.

“We would like to take congratulate all of the athletes represented at the 2017 Flow Carifta Games. To compete side by side with the region’s best is not an easy fete, and so we celebrate the effort and commitment that each athlete exhibited by virtue of their participation. History will record their names as the team that made history for the TCI. Flow is glad to be able to be a part of that storyline being the number one sponsor of youth and sports in the TCI and by extension, the region,” says FLOW Marketing Communications Executive, Darron Hilaire.