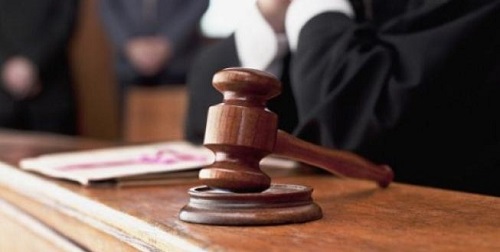 Police responded to the Jambolia Uprising bar located on Butterfield Drive in Kew Town on Saturday 18th February 2017 around 6:30am after a report of a break in was made.  Upon arrival, the aggrieved was met and told officers that around 2am that date he left his establishment intact by locking all doors and windows.   He received a call later that day from his employee that the place was Burglarized.

Stolen from the property were a laptop computer value $900, alcoholic beverages value $85 and $190 in cash.  The culprit was able to rip the burglar bars from an Eastern Kitchen window to gain access into the building.   Damages were done to the cameras, two gaming machines and a metal door.

On Tuesday 21st February 2017, police were called to the said Bar where the complainant restraint the suspect who later identified himself to be Trimmane Clarke.   He was arrested and cautioned. During an interview he admitted committing the offences and told officers that he mess up and was intoxicated.

He was later charged and cautioned for the offences. He is presently remanded until Tuesday 14th March 2017 for sentencing.