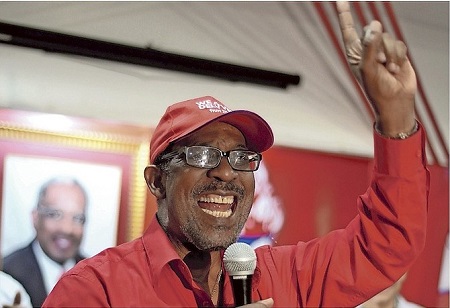 Bahamas, March 2, 2017 – Nassau – FNM Chairman, Sidney Collie forecasts that their party will win 26 seats in the next general elections.   Add to this, the PLP will get eight in the prediction and five others are up for grabs.  As for where Collie amassed this intriguing data, he said from the party’s polling and that it is no different from what the PLP is doing.

While Mr. Collie opted not to share what eight seats he believes the PLP will win; he did say the PLP would retain their strongholds.  According to the PLPs advanced internal polling, that amounts to 14 constituencies; not eight as the FNM has pitched.