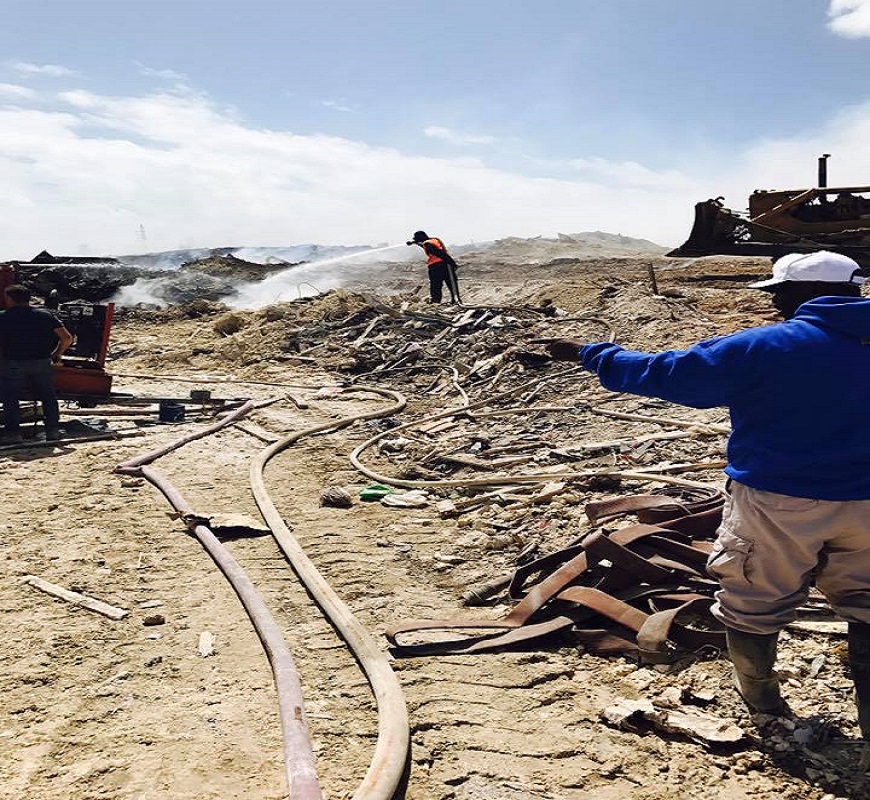 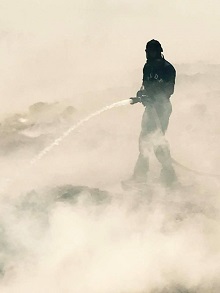 , March 16, 2017, – Nassau – Over 80% of the hard to reach area of the Harold Road Dump fire is out now thanks to the airdrops of the FireIce gel.   Government is pleased with the decision to get Gel Tech Solutions and Fletcher Air, both out of Florida in on the fire- fighting effort after ground crews were halted by the dangerous conditions and intense heat in the ridge area of the landfill.

A little rain on Tuesday did not aide in extinguishing of the fire which has been burning a week a half now, instead it created more smoke said Minister Kenred Dorsett who has been out daily, personally overseeing the progress.   The Bahamas invested some $80,000 in hiring Gel Tech and Fletcher Air.