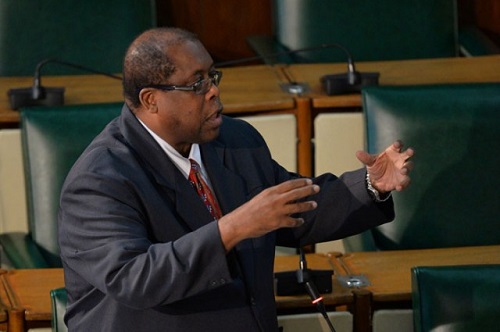 Mr. Brown made the suggestion while addressing the State of the Nation Debate in the Senate this past Friday (February 3).  “This will focus the country’s attention on solution to our crime problem; hopefully show that the anti-crime fighting efforts are bipartisan and direct the attention of all our leaders to a major obstacle to economic growth and development,” he said.

He further suggested that use should be made of laws already passed by Parliament to cripple enterprises that have done so much to damage the image of the country.  “Focus our police service on the outcome of increasing conviction rates of guilty criminals, through improved investigatory techniques, including the use of Science and Technology,” Mr. Brown said.  He also said partnerships among the State, Private Sector, Churches, Civil Society and the communities should be strengthened, so that criminals cannot impact the areas.