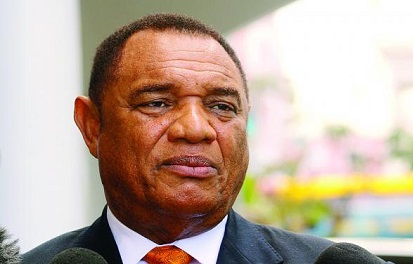 Nassau, Bahamas, February 15, 2017 – They are the political party which pushed the issue of surging crime as the reason the country should give them the vote; that was a key message from the Progressive Liberal Party in 2012.  Fast forward to 2017, five years later and the crime is worse and the Prime Minister is being slammed from several directions on comments that the shootings over the weekend in the Capital are akin to the ‘wild wild west’ and that the weekend kill spree was ‘insane’.

Tommy Turnquest, former National Security Minister under the FNM said the electorate should chase the PLP out of town because the party as Government has been unable to get a grip on crime; he said they have been bad for the country these past five years.

Former Assistant Police Commissioner, Paul Thompson is also in media commenting on the statement by PM Christie.  Mr. Thompson said it was an unfair characterization because the crimes are targeted gang murders and attacks; not random.  He said, that gang members are basically just shooting up each other.

FNM Leader, Hubert Minnis offered the FNMs crime plan to the chief executive, in a media report saying the response of Mr. Christie at the murder and mayhem over the weekend was just not good enough.  Minnis explained, “We have developed a comprehensive action plan that seeks to rip crime out at its roots.  The country is now at 29 murders so far for 2017; which is doubled what it was this time last year.”