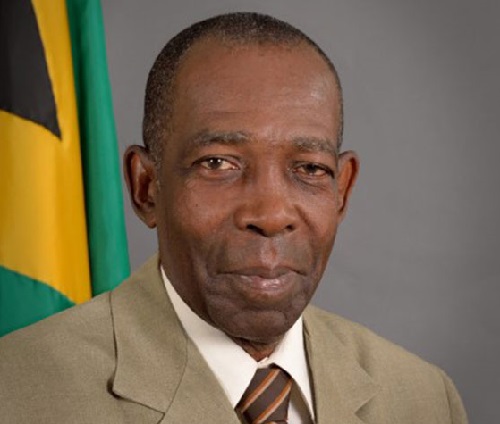 Kingston, Jamaica, February 19, 2017 – Minister without Portfolio in the Ministry of Industry, Commerce, Agriculture and Fisheries, Hon. J.C. Hutchinson, says the Ministry will need to carry out an assessment to see what assistance can be provided to address the irrigation challenges faced by farmers in West Albion, St. Thomas.  He was addressing concerns raised by the farmers, during a tour of the area on Tuesday (Feb. 15).

The farmers cited the need for a proper irrigation system in order to boost crop productivity.   Mr. Hutchinson informed that an examination of the situation would need to be undertaken before any assurances could be given.   “What is going to be done is that we have to get a project document going to see the cost of getting in the water and of fixing the road,” he said.

Secretary of the Yallahs Water Users Group, Pamelitta Dann, said that the area has been without a proper irrigation system for over 30 years.  “The irrigation system that was around then wasn’t adequate enough to supply the area, which is East and West Albion. West Albion has over 250 acres of land ready to be developed,” she told JIS News.

Ms. Dann, who is an onion farmer, said that with access to adequate irrigation, “people will definitely farm.   I have been here from the start and everybody said to us that we could not produce.  We have now shown our potential so we would like to have the west side of Yallahs irrigated,” she said.

Minister Hutchinson also visited the Yallahs Agro Park, where farmers are engaged in the cultivation of onion, Scotch bonnet pepper, sweet pepper, cucumber and tomato.  Last year, at the Denbigh Agricultural, Industrial and Food Show in May Pen, Clarendon, Prime Minister, the Most Hon.  Andrew Holness, said the Government is expanding then hectares of irrigated land available to the farming sector.

This, he noted, would be made possible through a loan secured from the Caribbean Development Bank (CDB) and grant financing from the United Kingdom’s Caribbean Infrastructure Programme.  He said work in that regard had already started in Essex Valley in St. Elizabeth with a water project that was likely to impact 3,000 farmers.