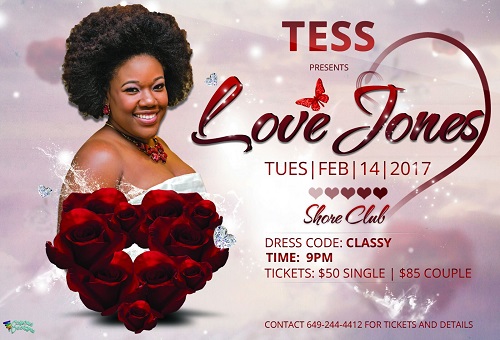 Providenciales, TCI, February 10, 2017 – Grand Turk native, Crystal TESS Charles is preparing for a big night on Tuesday, her Love Jones concert is set for Valentine’s Day and in a media release, the blossoming songstress says she will be performing covers from artists like Luther Vandross, Anita Baker, Patti Labelle and Jill Scott.  Hers will be the first show at Providenciales’ newest resort, the Shore Club in Long Bay, and tickets are available there, at Five Star Concierge and at Island Printing.