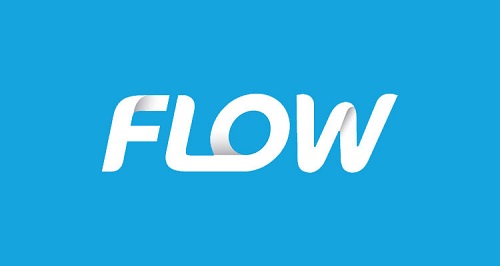 MIAMI, Fla., February 27, 2017 – Up-and-coming Caribbean footballers between the ages of 13 and 16 will not be able to contain their excitement, as news breaks that Flow and Manchester United will host The Ultimate Football Experience, a skills-based competition, supported by the Caribbean Football Union.   The programme seeks to give youngsters, the chance-of-a-lifetime to participate in a talent development football camp; and even earn a trip to Old Trafford, Manchester to see Man Utd vs Crystal Palace on May 21st 2017.

The good news gets even better as registration opens this week for the football competition which runs from March through to May 2017.   Here’s how it works: skilled boys and girls can register online at https://discoverflow.co/flowmanutd.   Registered participants will then be instructed to appear at designated football festivals across all Caribbean markets in which Flow operates.  The participants will engage in a Manchester United Soccer School’s international programme, which has been specially devised for the campaign and will be delivered by CFU coaches.   Throughout the competition Manchester United legends will also be making an appearance at the festivals to offer their tips and advice.   This is a proven Manchester United Soccer School programme designed to build and test the skills of young footballers across the globe.

As the competition evolves, two participants from each market, along with their respective coach, will advance to a two-day skills session in Trinidad and Tobago to experience one-on-one training with CFU and Manchester United Soccer School Coaches.  There, they will participate in a series of drills designed by the coaches and compete for the chance for two finalists and their coach to win a once-in-a-lifetime trip to Old Trafford in Manchester, England.

Considered to be the highlight of the development initiative the two winners along with their coaches will travel to the world-famous football stadium to witness first hand Manchester United’s final Premier League game of the season against Crystal Palace.   This VIP experience will also include a visit to the Manchester United Museum and Tour, taking in the history of the club followed by a tour of the iconic stadium.

Manchester United’s Group Managing Director, Richard Arnold said, “Youth development is at the heart of this Club’s traditions and success.   The Manchester United Soccer Schools were developed to help spread this spirit to as many children as possible.   In recent years our partners have been instrumental in helping the great work of our Soccer Schools coaches reach young people around the world. We’re proud to work with Flow on this project.”

“Like Manchester United, Flow also has a deep sense of commitment to youth development as can be seen by our support of several programmes throughout the region that help to hone the skills of young footballers,” said Garfield Sinclair, Flow’s newly appointed President of the Caribbean.   Sinclair also said,  “We’re therefore proud to work in partnership with Manchester United to offer this once in a lifetime experience to our talented youngsters across the region.”

The Caribbean Football Union’s (CFU) President Gordon Derrick gave a ringing endorsement of The Ultimate Football Experience, as he added:   “The CFU is proud to be a partner with Flow on this exhilarating and beneficial initiative.   Hundreds of young footballers in 15 countries – half of the CFU’s membership – will have the opportunity to compete, hone their skills, and, for the finalists, live the dream. I am confident that this partnership will bode well for the future of football in the region.”

The Ultimate Football Experience is one of several Manchester United and Flow partnership initiatives.   In January, Flow hosted the FA Cup Caribbean Tour during which the Company gave football fans up-close and unprecedented access to football’s most coveted trophy.  The final leg of the tour culminated in the Cayman Islands, where Manchester United ambassador Dwight Yorke made an appearance.

Cable and Wireless is Manchester United’s telecommunications partner in the Caribbean.