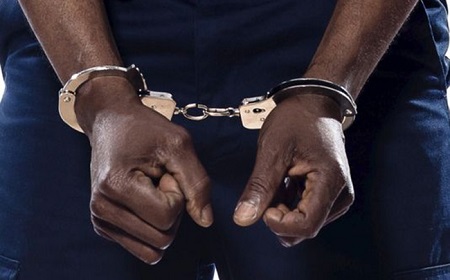 Bahamas, February 26, 2017 – Nassau – Consistent with the Commissioner’s Police Plan for 2017, the courageous officers of the Drug Enforcement Unit (DEU) has struck another blow in the operations of drug traffickers in the Bahamas, this time with the seizure of a large quantity of marijuana and the arrest of four suspects on Sunday 26th February 2017.

Reports are that shortly before 8:00am, a team of officers from the Drug Enforcement Unit, acting on intelligence executed a search warrant on home located at Boatswain Hill off Carmichael Road, where they uncovered 633 pounds of marijuana.  Three two adult males and an adult female were arrested and taken into custody.   The four suspects are expected to appear in court later this week to be formally charged.

ANYONE WITH INFORMATION ABOUT ANYONE ENGAGING IN CRIMINAL ACTIVITY, NO MATTER HOW SMALL OR INSIGNIFICANT (THE TIP) MAY SEEM, IS URGED TO ANONYMOUSLY CONTACT THE POLICE AT 919 OR CRIME STOPPERS AT 328-TIPS (8477) (NEW PROVIDENCE) OR 1-242-300- 8476 (FAMILY ISLANDS).