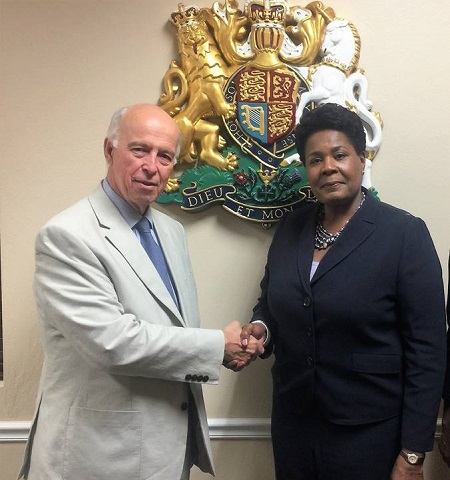 Providenciales, TCI, February 8, 2017 – On Thursday 2nd February, 2017, the Honourable Mrs. Justice Paula-Mae Weekes was sworn in by His Excellency the Governor, Dr. John Freeman CMG as a judge of the Turks and Caicos Islands Court of Appeal. Mrs. Justice Weekes was appointed to the Court of Appeal in September, 2016 for a term of 3 years. 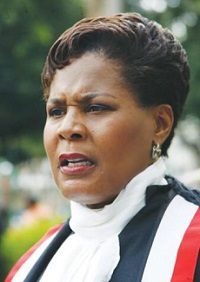 Madame Justice Weekes is a former Justice of Appeal of the Judiciary of Trinidad and Tobago where she served for eleven years until her retirement in 2016. She was appointed a Puisne Judge of the Supreme Court of Trinidad and Tobago (Criminal Jurisdiction) in 1996 where she presided for nine years before being elevated to the Court of Appeal. Prior to her appointment to the Bench, Justice Weekes served with the Office of the Director of Public Prosecutions for eleven years and in private practice from 1993.  She is a graduate of the University of the West Indies and the Hugh Wooding Law School at which she was the Course Director in Ethics from 2011-2016.

Justice Weekes is a trained and experienced judicial educator having become a fellow of the Commonwealth Judicial Education Institute in 2000. She has designed and delivered programmes extensively in Trinidad and Tobago and also in the OECS and Jamaica over the years.