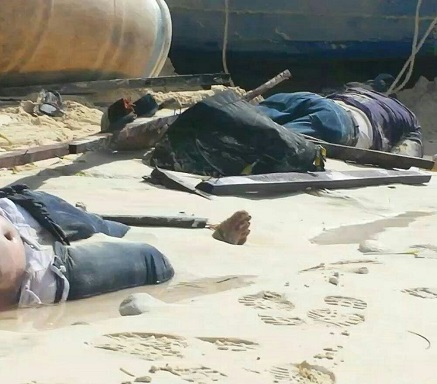 Providenciales, TCI, January 24, 2017 – The search for victims from a capsized sloop in waters of Northwest Provo is suspended tonight, it will resume by morning says Police Press Officer, Kevin Clarke.  Ten bodies were discovered and this is revealed to us just minutes ago by the media liaison officer.

Seven females, three males and the images of the bodies partially submerged in the sand are gruesome and in social media circulation.  This latest tragedy has caused National Security chiefs to call a special media meeting; it is set for tomorrow at 9am.   Governor, Premier, Deputy Premier and Police Commissioner will address the Press.

Above is a cropped and cleaner image of the gut wrenching scene.