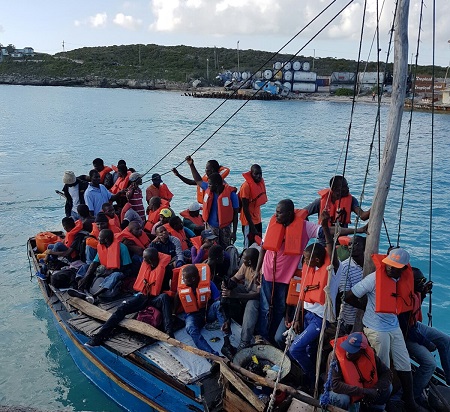 Providenciales, TCI, January 9, 2017 –  Haitian migrants who landed on Bush Cay at Christmastime are still at large and added to that unknown number, there were 84 illegal Haitians intercepted and brought in on January 5, 2017 – that was last Thursday.

The men and women were found on a wooden sloop, but it was not clear if the coastal radar detected the illegal migrants, who were said to be in good health.