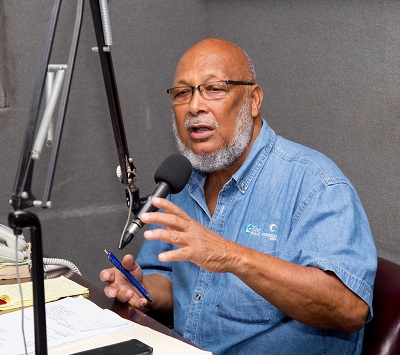 Nassau, Bahamas, December 18, 2016 – One of the country’s most outspoken environmental organisations today applauded the long-awaited announcement that those using solar systems to generate power would soon be able to tie into the national grid.

The plaudits from Save The Bays followed the announcement Tuesday that the utilities regulatory body, URCA, had approved a grid tie-in by the end of January, 2017, news that broke just as the Bahamas Chamber of Commerce and Employers’ Confederation held its third annual energy security forum.

“The long-awaited news that was delivered both by URCA and by the Deputy Prime Minister Philip ‘Brave’ Davis today was an important step moving us closer to an energy supply that is fueled in significant part by renewables – sun and wind power,” said Save The Bays Chairman Joseph Darville.   “We were also very pleased to hear about the various efforts being made with recycling, particularly in the Family Islands and with organisations like One Eleuthera Foundation which is proving what we have said since our founding in 2013 – it is not the economy or the environment. Taking care of the environment is an economic activity that generates jobs, entrepreneurial opportunities and revenue.”

One Eleuthera Foundation Executive Director Shaun Ingraham addressed the energy forum, Eyes Wide Shut, at the British Colonial Hilton, describing how an initial investment with community involvement has turned into layers of local business that have pumped $20 million into the Eleuthera economy in the past eight years.  One of those businesses is recycling – glass gets crushed and made into countertops, used for flooring, paving and more. Plastics are sent to Nassau for conversion.   Cans go to Cans for Kids, a non-profit started by Virginia McKinney who owns the waste management company Waste Not.

“The Deputy Prime Minister was also very frank in his statements about the pollution at Clifton Bay and Golden Cay,” Darville said.   “All of this bodes well for the future as there is growing appreciation of how important it is to manage our fragile environment. We appreciate that the business community through the Chamber of Commerce recognizes how sustainable development contributes to economic development.   These are all significant steps but the most critical one is the challenge that still lies ahead – a comprehensive environmental protection act. We will continue to advocate for that and for the appointment of an independent Freedom of Information commissioner now that the FOIA has been tabled.”