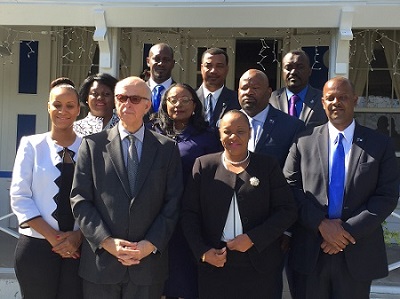 Providenciales, TCI,  December 21, 2016 –  The People’s Democratic Movement was officially sworn into Office on December 20th 2016. The party was successful in securing victory at the polls on December 15th winning 10 out of 15 electoral seats. Ministerial appointments are as follows:

The party has agreed that there will be periodic rotation of Ministerial positions.

The PDM has selected Hon. Karen Malcolm to serve as Deputy Speaker of the House of Assembly.

Hon. Derek Taylor will work out of the Premier’s Office in Grand Turk.

Hon. Douglas Parnell will work of out of the Premier’s Office in Providenciales and will spearhead negotiations on constitutional change, UK relations, business development and inward investment.

Mr. Maxovonno Thomas has been selected to become the PDM Government’s appointed member to the House of Assembly.