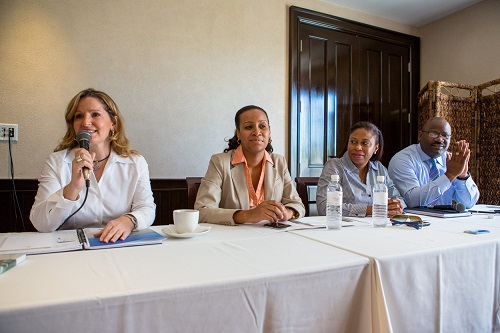 Providenciales, TCI, June 8, 2016 – For the twelfth year the Turks and Caicos Islands Tourist Board welcomes premier travel agencies, booking companies and media from North America to its Annual TACC, Turks and Caicos Conference where some $300 million in vacation experiences are secured for these islands. 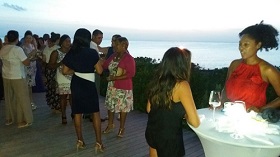 The opening shindig was last night hosted at the Amanyara Resort and launched three days of events designed to introduce or reintroduce the best of destination Turks and Caicos.  Tourism Minister Porsha Smith gave a hearty thank you in her welcome, even singing a bit of the country’s slogan… Beautiful by Nature.

A well-known networking series, TACC attracts groups from Expedia, Travel Impressions, Costco, Flight Center or Gogo, Island Destination and many others. With site tours, conference session, cocktail parties, trade show and a jaunt into South Caicos, it is little wonder TACC, running June 7-10 is accepted as a major event on the TCI Tourist Board marketing calendar.

Tourist Board Director, Ralph Higgs said next stop for TACC is South Caicos today to tour Sail Rock and East Bay resorts with a return to Provo to check out the new Shore Club in Leeward.