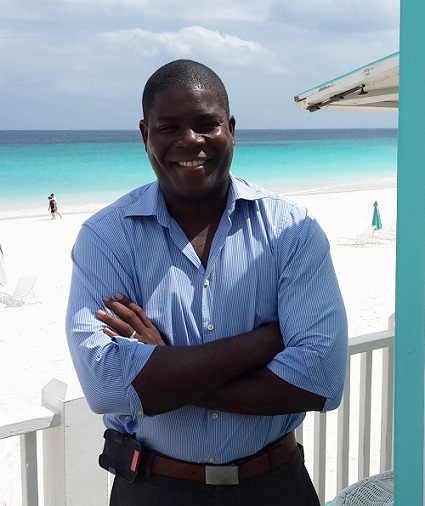 Providenciales, TCI, November 11, 2016 – Ramon Andrews is the new Director o`f the TCI Tourist Board, succeeding Ralph Higgs who resigned this past Summer to pursue a career in politics.

Andrews who graduated with a Bachelor’s Degree from Johnson & Wales University has been manager of several of TCIs award winning resorts, and will return home from a stint in The Bahamas where he managed a prestigious hotel in Harbour Island, Eleuthera.

Cabinet on Thursday revealed that Andrews will fill the post and revealed that his Deputy Director and Financial Controller will see adjustment in their salaries at the Board; that too was approved in that Wednesday Cabinet meeting.

Ramon Andrews, as the new TCI Tourist Board Director, will serve for two years.