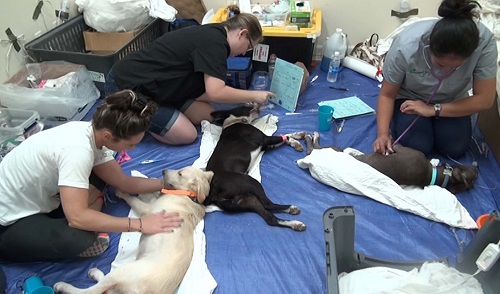 Providenciales, TCI, June 13, 2016 – The Free Spay and Neuter campaign fell short this time around when it came to their goal of 400 pets prevented from breeding as much as 67,000 animals over a six year span.  Dr. Susanne Parr of Pets without Vets yon Thursday reported that 150 animals had been snipped, and that they are most interested in keeping the stray dog and cat population way down.

The biggest challenge was despite the service being free, residents were calling on the volunteers to pick up and drop off their pets in large numbers; that service was offered free by the clinic but to their surprise, the group was inundated with those requests.  The Animal Welfare Unit is also on board for this event which offered vaccination and de-worming shots.