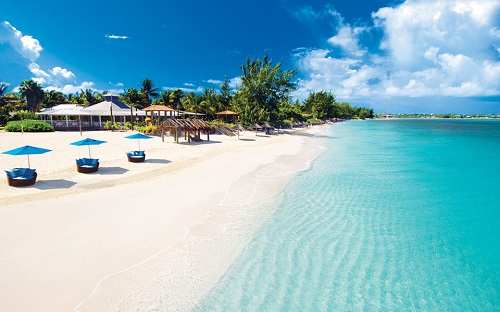 Providenciales, TCI, June 14, 2016 – Illegal beach vendors are costing the Turks and Caicos its #1 reputation and the problem is beginning to affect the profitability of investors and by extension, the government.

A big row broke out in the House of Assembly on this issue this morning, where accusations of ‘no action’ were leveled at the PNP Administration; the governing side went on to defend that some solution is being devised but no details were given.

Carnival Cruise lines has already significantly cut how many calls they make at the port in Grand Turk; citing the feedback of passengers as the driver for their decision.  Too much harassment on the beach, too much garbage, trash and dilapidation and not enough to do in Grand Turk are the comments one of the world’s largest cruise companies is reporting to officials including the Governor.

Hotels on Grace Bay and tourism operators in Provo are equally distressed by the harassment, theft, assault and chaos.  Recently the Premier & Minister of Tourism told Magnetic Media there is a happy medium in the works; also recently the Leader of the Opposition shared with the media core that there should be some regulation to allow vendors to work and harassment to stop.  However, we have learned that talks between the PNP Administration and Stakeholders have resulted in no solution for a problem which in the past three years, in Provo, has escalated.

While Tourism Minister Porsha Smith is right when she says the TCI remains a leading destination; others say the problem is serious and must be dealt with before it gets even more out of control and impacts the luster of the brand further.

Magnetic Media also understands legislation is in limbo as departments represented on the committee to change it are at an impasse and seemingly unable to agree on some amendments.