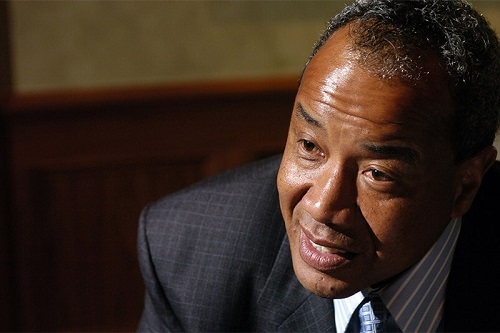 Kingston, Jamaica, November 8, 2016 – The diaspora is being touted among the specific areas that will be engaged to attract investment for achieving economic growth.  Chairman of the Economic Growth Council (EGC), Michael Lee-Chin, speaking in a panel discussion and signing ceremony at the Courtleigh Auditorium on November 7, said the diaspora is a central repository for investment capital.  He said the EGC will be engaging members of this demographic in visits to Atlanta, New York, Miami, London, Toronto and other diaspora nodes in a move to expose them to the mission of the council and how they can partake in the push for growth locally.

Mr. Lee-Chin noted that other areas that are expected to drive growth include insurance, local and foreign investors, agriculture and the Business Process Outsourcing (BPO) industry. He said investments in renewable energy, mining, tourism, manufacturing and infrastructure are also critical.

The Chairman expressed confidence in the commitment to achieving growth of five per cent in gross domestic product (GDP) in four years, noting that the table is set for this due to a confluence of factors – fiscal stability, historically low inflation, low energy and telecoms prices, and improved business confidence.  “The table is set for growth because the Government has accepted its role to enable and facilitate growth,” Mr. Lee-Chin emphasized.

Prime Minister, the Most Hon. Andrew Holness; Mr.  Lee-Chin and Vice Chairman, Ambassador Nigel Clarke, used the ceremony to sign a declaration of intent with private sector-groups, unions and civil society, which underscores the Government’s commitment to the specific policies that fall under each growth initiative.

The growth initiatives by the EGC, which was appointed by the Prime Minister to consult widely and advise Cabinet on policies and reform that will facilitate economic growth, are to: maintain macroeconomic stability and pursue debt reduction; improve citizen security and public safety; improve access to finance; and pursue bureaucratic reform to improve the business environment.

The other initiatives are to: stimulate greater asset utilization; build human capital; harness the power of the diaspora; and catalyze the implementation of strategic projects.