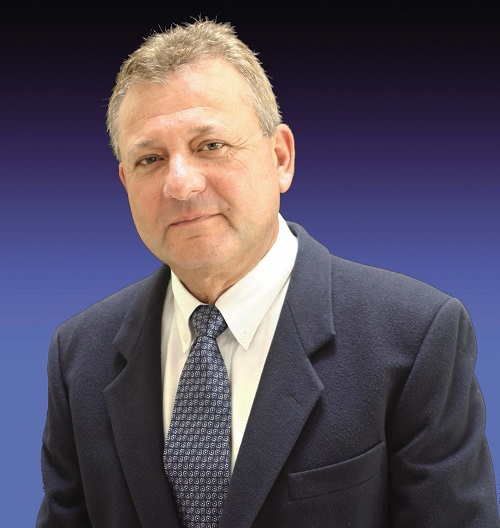 Providenciales, TCI, November 17, 2016 — Hundreds are expected to flock to Brayton Hall on Thursday, Dec. 1 to hear the story of a man who survived the first live-broadcasted terrorist attack.

Dan Alon, an Olympic Fencer and the event keynote speaker, will share the harrowing tale of his narrow escape from the 1972 Munich Massacre in Germany. The event, which is free and open to the public, is organized by the Provo Jewish Community and sponsored by Casablanca Casino, Fortis TCI, Gansevoort Resort, Grace Bay Car Rentals, Misick & Stanbrook Attorneys,  E. Jay Saunders & Family, TCBC and Waterloo Investment. Doors open at 6:30 pm, and the event will begin at 7 pm.

In addition to the community event, we are thrilled to announce Alon will be speaking at a separate program for all the high school students on the island.

“Our children will have a unique opportunity to witness history as a living experience, not from academic books, but from a man and athlete whose dreams of sportsmanship and fraternity were shattered in a brutal act of terrorism. We further hope that our young people will understand the need to oppose all forms of injustice and prejudice in a forceful, yet peaceful manner,” says Mrs. Wigglesworth, principal of the British West Indies Collegiate.

In a world where violence continues to threaten innocent lives worldwide, Alon’s story remains a relevant and powerful one.  The Provo Jewish Community is proud to bring Alon to the island to hear his story of resilience, witness courage to start life anew and learn from the strength he found to overcome tremendous challenges.

Dan Alon’s story is one that can ignite the peace and unity needed for the global community to heal our fragmented world.  The importance of a program like this is to learn how we can overcome our differences and come together in unity to find love and connection between all people.”

For more than three decades, Alon remained tight-lipped about his harrowing experience. But in recent years he decided to break his silence and share his experience with others to keep the story alive. That goal has taken him around the world, and now, to the Turks and Caicos. “We are grateful to our sponsors whose partnership is a testament to their commitment to education and concern for the danger of indifference”.

“It was too emotional to talk about,” Alon has said. “The memories were harsh realities that I had to face on a daily basis.”

When Dan Alon left his native Israel to participate in the 1972 Munich Olympic Games at the age of 27, he was the country’s top fencer and had dreams of returning with gold medals. However, the Munich Massacre cut that dream short, and he found himself on a flight home with the coffins of his friends and teammates instead.

The terrorist attack, captured in Steven Spielberg’s 2005 film Munich, claimed the lives of 12 people, including 11 members of the Israeli team and a West Germany policeman.  The tragedy was later blamed on a terrorist group called Black September.

This is not the first lecture of its kind that the local Jewish community has organized.  In 2013, the group hosted Rena Finder, a Schindler’s List survivor, drawing an audience of over 400 people to Brayton Hall and leaving a lasting impact on all who attended.

“It is our goal to bring speakers who can impart an uplifting message and bring together all people on the island, regardless of their cultural and religious backgrounds,” Rabbi Bluming says.