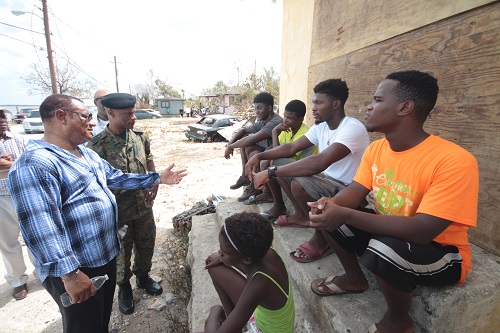 Nassau, Bahamas, October 11, 2016 –  Prime Minister and Minister of Finance the Rt. Hon. Perry Christie announced, on October 10, 2016,  that an exigency order for properly-approved, privately-imported items would be instituted on Tuesday, October 11, and supplies assigned to the National Emergency Management Agency (NEMA) will be given duty and VAT free privilege, with no processing fee being assessed would for those NEMA goods.

“Emergency supplies — such as water, tarpaulins, generators, personal and building supplies — not assigned to NEMA or a recognized charity would be released upon confirmation by NEMA,”  Prime Minister Christie said at a press conference at NEMA Headquarters, Gladstone Road.

“Therefore, any — so to speak — unauthorized purchase or importation must ultimately be approved my NEMA, if you are going to access the privileges offered by the Ministry of Finance,” he added.

Any abuser of those procedures would receive penalties under Customs Management Act, he warned.

Prime Minister Christie noted that the Customs Department had set up a telephone hotline in New Providence at 377-7027 or 377-7030 for persons seeking more information.  For Grand Bahamas and the Family Islands, he said that persons should contact their local Customs office. 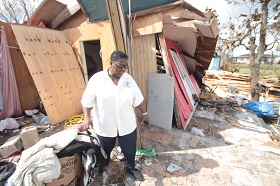 In showing the possible immensity of the cost of Hurricane Matthew, Prime Minister Christie said that you could easily multiple the dollar value of the damage and recovery efforts to be easily three to four times that of the cost of last year’s Hurricane Joaquin — which was estimated at some $100 million.

“This will be very much more than Joaquin: enormous damage on thousands of Bahamians, who were not so affected in such number by Hurricane Joaquin,” Prime Minister Christie said.

Prime Minister Christie stated that the Government needs to be innovative in recognizing that there are some people who are going to need help in being able to meet the requirements of their insurance policies and mortgages for lost homes.

He noted that the Government sees having oversight as a “critical” component in the success to the recovery and reconstruction process, and appropriate and respected individuals inclusive of those from the private sector have been selected for such a proposed oversight.

Prime Minister Christie added that, with immediate effect, the Government will continue its consultation with the private sector, with a view to ensuring that all are in agreement with the steps being taken as they all go forward.

“Because, in the final analysis, we do not have room for doubting our capacity to recover,” Prime Minister Christie said.  “We must know that our country has been through adversity before, and that we are not going to be broken or bowed by this.  Working together, we will overcome all of the obstacles in our path.”

Prime Minister the Rt Hon Perry Christie speaks with young people, whose homes were severely damaged during the passage Hurricane Matthew. The Prime Minister, Director of NEMA Captain Stephen Russell, and other high-ranking officials carried out an assessment on Saturday, October 8, 2016 to Lowe Sound, Andros and West End, Grand Bahama the areas hardest hit by the storm.

Minister of Social Services the Hon Melanie Griffin looks at destruction during an assessment of the destruction in Lowe Sound, Andros, one of the areas hardest hit by Hurricane Matthew. Also on the trip were Prime Minister the Rt Hon Perry Christie, Director of NEMA Captain Stephen Russell, and other high-ranking officials. The assessment took place on Saturday, October 8, 2016. (BIS Photo/Eric Rose)

Related Topics:cost of matthew about four times that of hurricane joaquingovernment steps in after hurricane matthewpm christie announce exigency order
Up Next