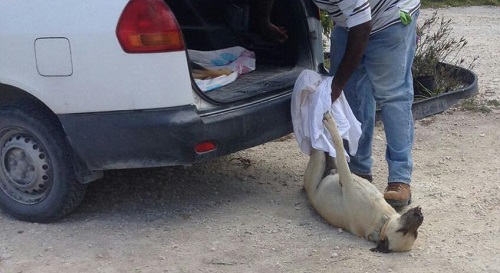 Providenciales, TCI, October 21, 2016 – There is a pet killer on the loose in Millennium Heights and residents are up in arms about the trend of dogs seemingly being poisoned; they are calling for an investigation and for the culprit or culprits to stop it.

At least seven families have been devastated by the news now that their family dog was poisoned by someone either living or coasting in the area… just moments ago a resident found his dog dead in the back yard.   Nine dogs have been killed and in nearly all cases the Police have been called in, but there has been no investigative team sent in to determine what is going on.
This is a crime and in several of the cases, because the pets were tied in their owners’ yards, it may also be a crime of trespassing.  Some believe it is a plot to wipe out barking dogs so that home burglaries are easier; others believe it is frustrated neighbours who say there are too many loose dogs in the neighborhood while yet others believe it is just a wicked person killing off canine members of people’s families. 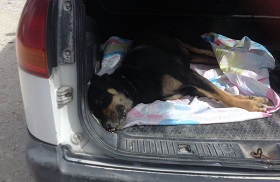 Needless to say the loss of these pets have been heart breaking, especially to children; in one case as many as three dogs from one family were killed and believed poisoned .