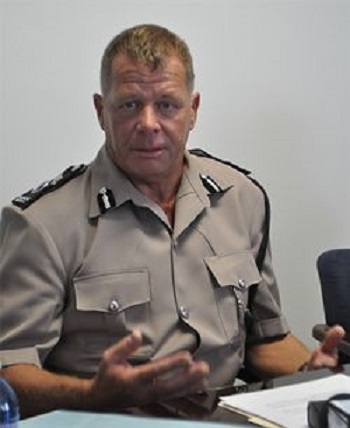 Providenciales, TCI, October 17, 2016 – Michael Misick believes the meetings of the National Security Council are a waste of time, and in a late night media statement calls for the new Governor to remove the Police Commissioner, James Smith.

Misick explained in his statement that the spike in crime and long list of unsolved crime is reason enough to remove the Commissioner saying Smith is not fit for the fight and he called the level of crime in the islands ‘unacceptable.’  Misick said the detection rate is ‘ultra low’ and said Smith’s removal would, and I quote, ‘save the Force.’

New Governor John Freeman was due to land at the Provo International late yesterday, a swearing in ceremony is arranged for today at the House of Assembly in Grand Turk.