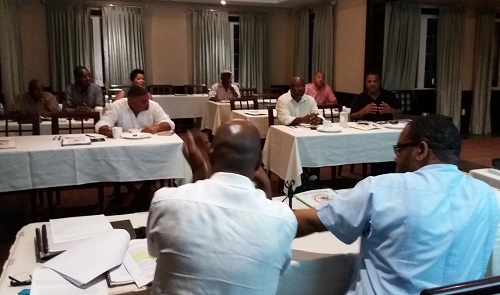 Providenciales, TCI, October 13, 2016 – Last night at the VIX, the Integrity Commission met for a second time with potential candidates based mainly in Provo for the upcoming General Elections.

A Kit was provided, a video presentation was played and there was extensive, robust exchange on the area of “treating” which was addressed by the Elections Supervisor – Dudley Lewis – who was also at the public meeting.

Deputy Director of the Integrity Commission, Richard Been lead the session last night tailored to the Independent Candidates.