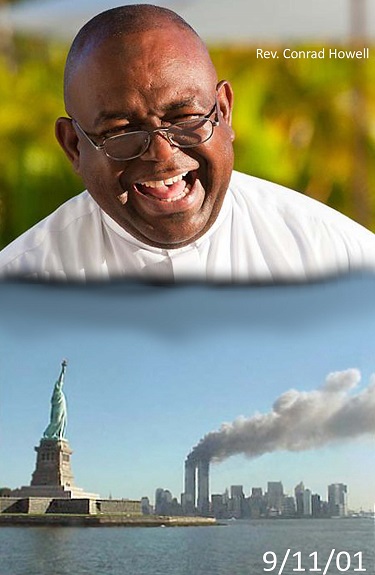 Providenciales, TCI, September 9, 2016 – This weekend, we also remember the tragedy of 9-11, 15 years later and our own September 11th tragedy in the mysterious death of pastor, preacher, broadcast show host, husband, father, brother and so much more, but notably the author of the country’s National Song – This land of Ours – Rev. Dr. Conrad Howell.

It was one year ago on September 11 that Howell went missing; a cadaver dog aided in the search where scores of residents turned out to find missing Howell.
Rev was found on Saturday September 12, his body was in bushes not too far away from his home in the Blue Mountain area.  While Police ruled the death not a homicide, residents rejected the notion of a suicide.